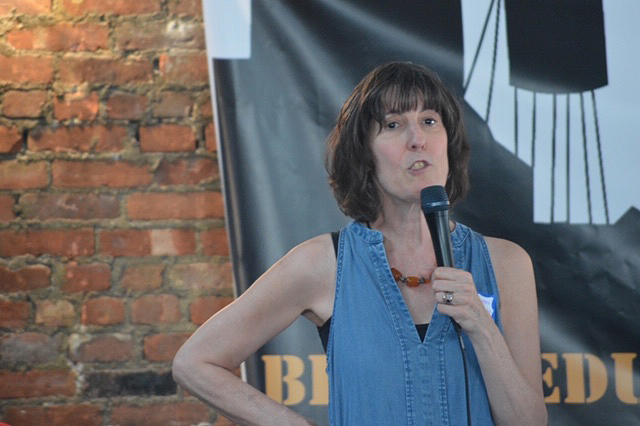 Writer and activist Susan Ochshorn is a catalyst for social change, working to ensure the well-being and rights of young children and those entrusted with their education and care. A former journalist, she has written for CNN Opinion, the Los Angeles Times, Education Week, Parenting, and many other publications. Susan had a long run blogging at ECE Policy Matters, carved a niche for early childhood at Huffington Post, and is the author of Squandering America’s Future – Why ECE Policy Matters for Equality, Our Economy, and Our Children. These days, she continues to nurture the next generation, including five delicious grandchildren (four human, one canine), while working on a book about play as the foundation for democracy and civil society.

For more than two decades, Susan has worked in a broad range of settings at the local, state, and national levels to bridge research, policy, and practice—her mission at ECE PolicyWorks, which she founded in 2010. Among the many organizations with which she has worked are Defending the Early Years, the National Center for Children in Poverty, the United Way of Tucson and Southern Arizona, ZERO TO THREE, New York Zero-to-Three Network, City University of New York, National Center for Children and Families, the Early Care and Learning Council, the National Association for the Education of Young Children, and New America.

Susan has served in a number of advisory positions, serving on the council of the Early Learning Initiative at the Education Commission of the States, and as a member of the boards of the Network for Public Education and Groundswell NYC. She is the author of numerous briefs, reports, and other publications, as well as a frequent speaker and moderator of policy forums on critical issues in early care and education. Susan holds a B.A. in English from Barnard College, and an MS.Ed with a concentration in public policy from Bank Street College of Education.