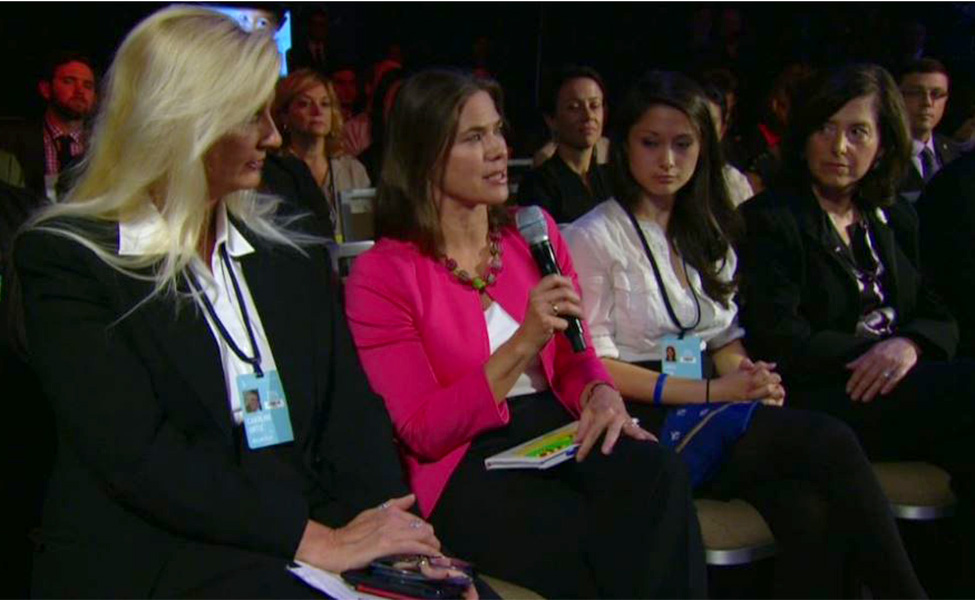 (CNN) This fall, some 65,000 4-year-olds, backpacks hanging from their tiny frames, converged on the nation’s largest public school district.

In just a year, New York City had nearly tripled its number of full-day prekindergarten slots. And before they entered their classrooms, Mayor Bill de Blasio crowed about his signature initiative—a key part of a campaign promise to fight inequality, but a goal that has had more than its share of skeptics.

I’m not one them.

Universal prekindergarten is essential to developing America’s human capital. True, preschool isn’t enough—it’s not a silver bullet for inequality, and we need to start earlier, with better care of infants and toddlers. Still, it’s a critical piece of the enterprise, especially when you consider that the United States stands in the lower half of the Economist Intelligence Unit index for provision of preschool across 45 countries. Indeed, nearly 6 in 10 children are not enrolled in preschool in the United States, while the highest quality programs are off limits to many.

Sadly, early education is perennially on the chopping block, a casualty of Washington’s gridlock and polarization. But one of de Blasio’s comments didn’t sit right with me: The city, he said, was planning to use the Common Core curriculum in prekindergarten. A child who’s had the benefit of a full day of rigor, he assured us, would be imbued with a great love of learning.

Rigor for 4-year-olds? What about their social-emotional development, which goes hand-in-hand with cognitive skill-building? What about play, the primary engine of human development?

Unfortunately, it seems like we’re subjecting our young children to a misguided experiment.

“Too many educators are introducing inappropriate teaching methods into the youngest grades at the expense of active engagement with hands-on experiences and relationships,” Beverly Falk, author of Defending Childhood told me. “Research tells us that this is the way young children construct understandings, make sense of the world, and develop their interests and desire to learn.” She isn’t alone.

Early academic training has become an obsession among child development experts and teachers of young children as the Common Core standards have encroached upon the earliest years of schooling.

Kindergarten has already undergone a radical transformation. University of Virginia researchers Daphna Bassok and Anna Rorem found that in 2006, 65% of kindergarten teachers—more than double the number in 1998—thought most children should learn to read on their watch. Meanwhile, the exposure to social studies, science, music, and art—the staples of a well-rounded early childhood education—had declined. And nearly 20% of teachers never had physical education.

All these trends have accelerated rapidly with recent education reform policies, including Race to the Top. As a result, kinetic 4-year-olds, squirming in their seats, face the prospect of having to put their noses to the grindstone in a rigorous classroom with little time for play. Never mind that they’re just beginning to get the hang of following directions, staying on task, and paying attention. We keep pushing them along, ignoring the pesky emotions that get in the way of regulation and executive function.

It’s not that they can’t read at this young age. Some pick it up on their own. In fact, studies have shown that children as young as 4 or 5, including those defined “at risk,” can be taught decoding skills, the foundation for reading. But research has also shown that youngsters who begin this process later than their peers—by as much as 19 months—eventually reach parity in fluency, and do even a little better on reading comprehension.

And we may well actually be doing kids harm.

Earlier this year, the report “Reading Instruction in Kindergarten: Little to Gain and Much to Lose” highlighted the research of developmental psychologist Rebecca Marcon. In a study of three different curricula, characterized as “academically oriented” or “child-initiated,” she found negative effects of overly directed preschool instruction on the later school performance of 343 students, 96% of them African-American and 75% eligible for subsidized lunch. By third grade, the differences in academic achievement were minor. But by fifth grade, students in the academic preschool earned significantly lower grades than those who had spent their days in classrooms in which they were actively engaged, with their peers and teachers, in the process of learning.

This debate is as old as the revolutions that rocked Europe in the 17th and 18th centuries. Adults have always argued about how best to teach. Among them was Johann Amos Comenius, a Moravian bishop upset by the violence of the Thirty Years’ War. His own methods originated in God and nature: a vision of “gardens of delight,” in which “large numbers of children were to grow, play, and learn together joyfully and harmoniously.”

But nearly four centuries later, we’re still at it. In 2013, more than a hundred teachers, writers and academics—including Lord Layard, director of the well-being program at the London School of Economics—wrote to the education secretary to protest Britain’s education policies. The quest for school readiness, they asserted, had gotten terribly out of hand, foisting “the tests and targets which dominate primary education” upon 4-year-olds.

We could do with some of that revolutionary spirit over here.