“Keep anxiety at bay,” was the subject line of last week’s email from the Family Institute at Northwestern University.  The magnitude of the task can’t be overstated.  One of the monsters has come out of the closet, and he will soon live in a big white house built by slaves. 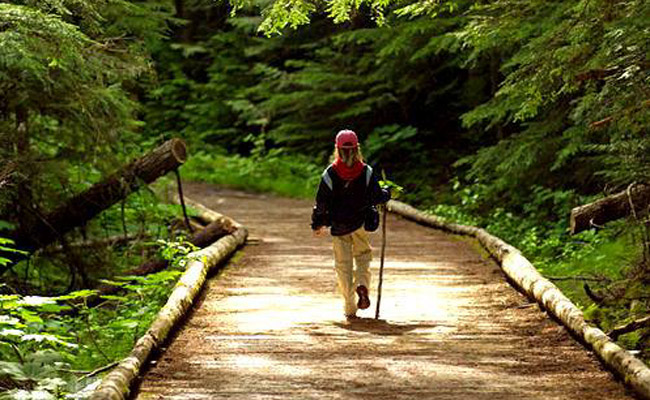 On the evening after Donald Trump claimed victory, my millennial daughter joined tens of thousands of Americans in protest, their action captured by the hashtag #NotMyPresident.  This radical spark is woven into her DNA. Her grandmother voted for Adlai Stevenson, an intellectual with a progressive bent who lost to Dwight Eisenhower in a landslide in 1952.  When the United States intervened in Vietnam, she joined Women’s Strike for Peace. She was an ardent second-wave feminist, a passionate fighter for civil rights and social justice.

In her infinite wisdom, my mother also said this, about children: they know everything—from a very young age.

The psyches of our progeny have been collateral damage in this surreal election season.  Last spring, as part of a project called “Teaching Tolerance,” the Southern Poverty Law Center released “The Trump Effect,” a survey of teachers designed to gauge the impact of the 2016 election on the nation’s schools.   The PDF file contains 237 pages, filled with the comments of youth deeply disturbed by the hate, bigotry, racism, sexism, and misogyny that had spewed forth from this candidate.

Leading the respondents to the first of the survey’s four questions—How  have you seen the rhetoric of this year’s presidential campaign affect your students? Your school?—was a teacher of young children. “We are in an elementary school,” the teacher wrote. End of subject.

In the Moral Life of Children, Robert Coles highlights the voices and drawings of children beset by the most complex social and economic challenges.  A child psychiatrist, MacArthur fellow, and Harvard professor, he found his life’s calling during a stint in the Air Force at a Mississippi hospital, beyond which lay a deeply segregated society.  In collaboration with his wife, Jane Howell Coles, he began an ethnographic exploration of children.   Among them was first-grader Ruby Bridges, who desegegated William Frantz Elementary School in New Orleans in 1960 at the tender age of six.

Cole viewed the child as “moral protagonist or antagonist…in the South’s racial conflict.”  As he wrote in the introduction:

Through those memorable sentences, a child reveals herself to be a self-observer, as well as an observer of others.  But let us be more ambitious for her.  Was she not, utterly, and daily, a moral figure?  A person able to find a measure of moral transcendence: comprehending, through language, the essence of what a human being can manage to be?

To suggest that our youngest children are oblivious flies in the face of this illuminating work and the evidence from parents and teachers today.  In a compilation of stories from the classroom, a comment from Katie, a kindergarten teacher from Memphis, Tennessee, reveals the complexity of young children’s thinking:

I deal with hard-to-answer questions from my students every day. “Do cows burp?” “What would we look like with teeth on our feet?” “Why don’t bees have thumbs?” Yesterday I got one of the hardest I probably will ever get.

“If Trump is elected, will I be a slave?”

I didn’t know how to answer. I still don’t. Because the honest truth is, I really have no idea what a Trump America will be like. And the fact that in the year 2016 I don’t have a definite answer to a question like this, from one of my 5 YEAR OLD students, is exactly how I can’t understand that we let someone like Trump get elected.

The unimaginable has come to pass.  Trump’s ascendance thwarts our deepest instincts of protection.  We, the grownups, have betrayed our children’s basic trust, a term coined by psychoanalyst  Erik Erikson.

From the get-go, children’s interactions with sensitive caregivers fuel their social, emotional and intellectual growth, with enduring effects on their future capacities.  The choreography of the dance of development  is delicate, and nuanced.  Babies build this trust—a sense of security and optimism—in the earliest months of their lives.  Without it, their desire to engage in the world and take on challenging tasks with persistence and pleasure is at risk.

Erikson thought of children as products of societal norms, prejudices, and prohibitions.  We have elected a man who has cast aspersions on everyone, violating so many norms that it’s impossible to keep track.  He is bringing the forces of hate and bigotry into the sanctum of the Oval Office.  We’ve also given power to a man who will do untold damage to our fragile human ecosystem.

The United States already falls short on basic measures of social progress.  Unicef’s latest annual report card, “Fairness for Children,” tracks the quality of their well-being in 41 rich countries across the domains of income, education, health, and life satisfaction—a snapshot of how far these nations allow their most disadvantaged children to fall behind the average child. Denmark, much more homogeneous than the U.S., is at the top of the list for all those dimensions.  The U.S., is in the middle third, just above Portugal, Iceland, and Romania.

…few dispute that childhood experiences have a profound effect not only on children’s current lives, but also on their future opportunities and prospects.  Likewise, social and economic disadvantages in early life increase the risk of having lower earnings, lower standards of health and lower skills in adulthood.  This in turn can perpetuate disadvantage across generations.  None of this is the fault of the child.

As rallies continued across the country, the prolific president-elect took to his Twitter account. “Just had a very open and successful presidential election,” he tweeted.  “Now professional protesters, incited by the media, are protesting. Very unfair!”

Trump is a child himself, in a state of arrested development.  He will tyrannize us with his tantrums, but his actions will cast a dark shadow on our present and future.   He will dismantle the Environmental Protection Agency.  He is threatening to leave NATO.  His vision of education, such as it is, is long on choice and vouchers, and devoid of  investment for the nation’s public system of apartheid schools.  He will close down the Consumer Financial Protection Bureau.  He has vowed to defund Planned Parenthood.  Our bare-bones social safety net will be eviscerated.

As we go forward, holding our children close, we must be vigilant, and relentless.  We must be creative and steadfast in our resistance.  We must harness the energy in our communities for social progress and educational equity—and for a society that is kind, and caring to all.  The alternative is unacceptable.