On September 11th, the education committee of the New York Board of Regents approved  the “Next Generation” standards for English Language Arts and mathematics.

Our youngest children have been thrown under the bus. 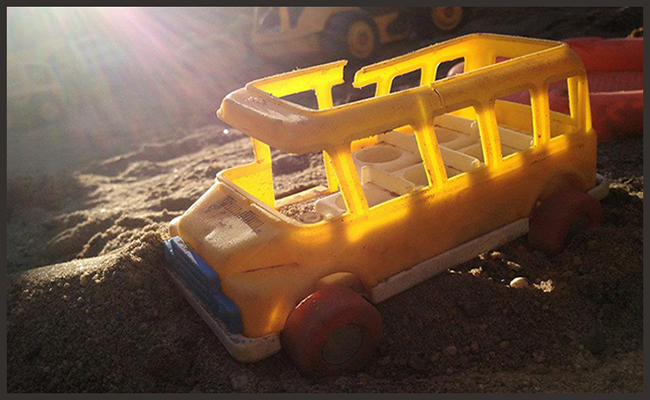 We are violating everything that is known, which is considerable, about how children develop and learn best.  We are stealing their childhood, robbing them of play, the primary engine of human development.

We have empirical evidence that kindergarten has become the new first grade, and preschool the new kindergarten.  Across the country, and in New York, we have relegated play to an hour a day or less for five-year-olds, and a growing number of four-year-olds. One three-year-old  I know recently brought home work sheets from her early childhood program.

Children are being assessed at younger and younger ages. We’re condemning them to the tread mill before they can even lace up their running shoes.

This is decidedly not how young children thrive.  They learn through play, exploration, inquiry, and movement.  It’s absurd to expect them to sit quietly, to passively receive information and regurgitate it back.  We talk endlessly about producing critical thinkers, innovators, but we’re eliminating the kind of teaching and learning that nurtures them.

With New York’s Pre-K through 2nd grade standards, early childhood teachers are under massive pressure to get children to meet the benchmarks.  Growing numbers are convinced that they’re committing malpractice, that they’re actually doing harm.  Many have used the term child abuse.

In measuring young children by these standards, we deny their uniqueness, ignoring their strengths and vulnerabilities.  We deny their human right to a rich, joyful educational experience.

New York policymakers are deluded in thinking that their efforts can close achievement gaps.  Nor will they move us closer to eradicating inequity and inequality.  Socioeconomic status has been proven to be one of the most significant factors in academic achievement.  Of the 4.6 million children living in New York, a staggering 42 percent live in low-income families. Eleven percent of children under the age of six live in extreme poverty, where they’re severely deprived of basic human needs.

Toxic stress is rampant among these children, their cortisol levels soaring.  This powerful neurophysiological process, akin to  a 24/7 adrenaline rush, affects, among other things, the ability to focus and plan—executive functions that are critical to school readiness and academic performance.  By preserving the Common Core—the attempt to rebrand has not changed its essence—we are condemning children to failure at a very early age, and turning them off to school.

Chancellor Betty Rosa and her colleagues on the Board of Regents have been given an opportunity to act in the best interests of the child.  And they’ve squandered it.

Their moral compass is terribly out of whack.