When my firstborn was a toddler, his father and I began the search for child care. The project was daunting, the price tag exorbitant. To whom could we entrust our child? What were we looking for? Would we know the right program when we saw it? Would he be loved and treasured? The questions nagged at us as we moved through this agonizing rite of passage for the American parent. 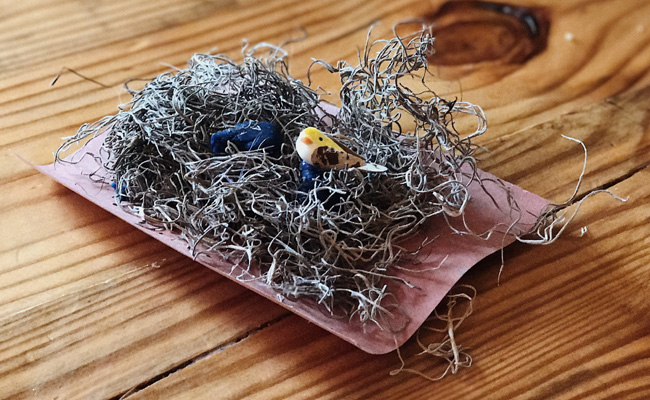 We found Purple Circle, a parent cooperative established in 1972 on Manhattan’s Upper West Side. Soon, we were part of the village it takes to raise a child. Who were these amazing people, our new lifeline in this task of rearing the next generation?  I was awed by what they knew and their dedication—for which they received little respect and recognition, some of them paid on par with embalmers and parking attendants.

Three decades later, north of the city, up the Hudson River, Sam and his life partner, Camille, would embark on this quest—for their own firstborn.  They found Harriett.

The country has come to the end of the season of appreciation. A time dedicated to the stewards of our children’s development and education. When I checked the website of the National Retail Federation on Friday, May 12—the designated day, since 1996, for recognition of child care providers and teachers—total spending on Mother’s Day, was expected to reach $23.6 billion.

Yet the demanding, essential work of caregiving and educating remains invisible on the ledger sheets for our Gross Domestic Product, the practitioners ignored.  “Just babysitting,” the work is often described by those, still too many, who are clueless.

“No society oriented exclusively toward individual success—to exclusion of care for the next generation—can reproduce itself,” economist Nancy Folbre warned in The Invisible Heart, a critique of Adam Smith’s invisible hand, animus of the free market. And to think he was a prime mover of the Scottish Enlightenment.

Smith lived long before Harriett, who “dumped blood, sweat, money, and time,” as my son put it, into her venture of early care and education. Two parents had found a crucial partner, an extension of their family, with whom they share the joys and sorrows of raising their boys.  Folbre’s heart was steadily beating.

At the end of March, with a batch of gluten-free blueberry muffins, I headed north to “school,” as the family refers to Bright Tykes, Harriett’s early childhood program, to celebrate my older grandson’s fourth birthday. There was a damp chill in the air. But this private home, retrofitted to accommodate children ranging in age from two months to five years old, was warm and cozy.

I arrived just before lunch. The productive hum of “organized chaos”—as an early childhood educator I once met defined “rigor”—filled the rooms.  The tracks of Brio trains, those wooden staples of my own kids’ childhood, were strewn on the floor, to disappear soon, during cleanup time, with perfect choreography that still leaves me awestruck.  To get a group of children at various stages of development to follow directions is not easy, and it is something that kindergarten teachers have long prized as a key indicator of readiness.

Fox, the birthday boy, was taking in the scene.  He’s a child with special needs—blind, with two diseases so rare they call them “orphans,” and a diagnosis of autism.  I like to put the adjective “special” in a different place in the sentence, before “child.”

He’s a connoisseur of music, whose rhythms evoke intense concentration and unalloyed delight.  Moving out into the world, exploring through his senses, Fox sings and whistles as he feels the contours of the family’s Volvo station wagon, and licks the clapboard wood siding of his grandparents’ house. He’s discovered pockets, sticking his hands in, with an impish grin, to find an iPhone, the grownup’s toy.  His development is deeply enigmatic, his spirit divine.

“We’re celebrating Fox’s fourth birthday today,” Harriett said to the children over lunch. He had reluctantly agreed to wear the gold crown, removing it quickly.  “What is it you like best about him?” she asked.  “He loves to give us hugs,” said two of his friends. And they return the gift with gusto: one morning, upon Fox’s return after a sick day, a gaggle of children had descended upon him in a group embrace.

Bright Tykes is a nutritious haven in my grandchildren’s ecosystem. Fox has been joined by his little brother, Hawk, their bond tightening over time. Uncannily precocious, as observant as his avian namesake, and joyful in temperament, Hawk looks out for “Foxy,” as he affectionately calls his sibling.

Here, the two boys who have hiked the trails of Columbia and Greene counties on their father’s back and in a sturdy mountain stroller, continue their exploration on field trips to a nature preserve within walking distance of the center.

“I’m so happy when the boys come home dirty, and Hawk’s built a bird’s nest out of stuff he’s found in the preserve,” Camille recently texted, with a link to “Running Free in Germany’s Outdoor Preschools,” in the New York Times.  She understands, intuitively, how this freedom fuels cognitive growth.  As a child of an imaginative, single woman living in poverty, Camille made toys and art out of sticks and street treasures. “The world is your playground, if you make it so,” her mother used to say.

Soon after that exchange, Sam sent me a couple of pictures of Hawk’s “fabulous bird’s nest sculpture.”  Just weeks after his second birthday, he had transformed into art the materials of his nature walk, constructing his knowledge, in the hands-on way of young children.

Yet more was to come.  The experience had provided the foundation for Harriet’s work. “We are learning about…birds, reptiles, fish, and mammals,” she wrote in a brief report. “Hawk is dedicated to the sorting process and the details about similarities and differences between species.” Curriculum objective organically achieved.

There you have it.