Within days of Donald Trump’s victory, I issued the following call to action:

As we go forward, holding our children close, we must be vigilant, and relentless. We must be creative and steadfast in our resistance.  We must harness the energy in our communities for social progress and educational equity—and for a society that is kind, and caring to all. 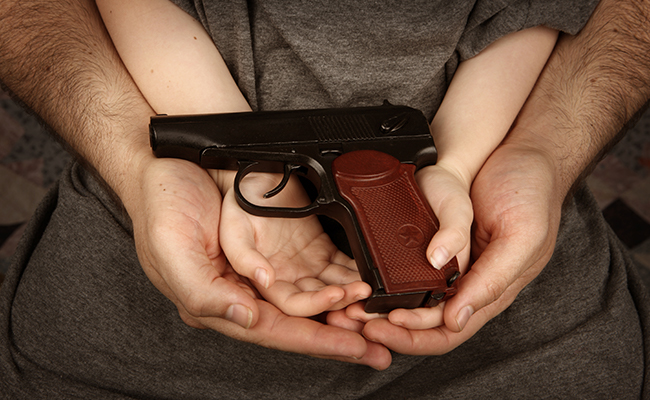 Kind and caring?   I was hallucinating, a symptom of post-traumatic stress disorder.

The zeitgeist continues to challenge.  Just keeping informed is torturous.  I lurk in the media jungle, an addict looking for an angry fix.  Then I cloister myself, the better to meditate, to find perspective on the surreal state of our union.  The news of atrocities is relentless.  The most recent one, at Marjory Stoneman Douglas High School, in Parkland, Florida, has set off yet another reckoning with the nation’s proclivity for violence.

America’s commander-in-chief, whose 5 draft deferrals kept him out of harm’s way, presides over all this with a narcissist’s bravado and futile attempts at empathy. Let’s arm teachers, he proposed. “I really believe I’d run in there even if I didn’t have a weapon,” he told a meeting of the nation’s governors at the White House, less than two weeks after the tragedy. Not everyone  would be qualified, of course.  “I want highly trained people that have a natural talent, like hitting a baseball, or hitting a golf ball, or putting,” he explained.

“The day that teachers carry guns is the day I leave the profession,” an educator I know declared on her Facebook page.  She works with kindergartners with special needs. I started grinding my teeth in my sleep.

In a listening session at the White House with survivors of the Florida shooting and other mass killings, the president elaborated on his plan.  Educators would need special training, he conceded.  “Anybody like it?” he asked. “It’s not something that I support,” said Nicole Hockley, whose six-year-old son Dylan died at Sandy Hook elementary school.  “I would rather arm them with the knowledge of how to prevent these acts from happening in the first place,” she said.  What a novel idea!

Wayne LaPierre was ecstatic. “To stop a bad guy with a gun, it takes a good guy with a gun,” he told the Conservative Political Action Conference to applause, highlighting the ever-present danger: “Every day young children are being dropped off at schools that are virtually wide-open soft targets for anyone bent on mass murder,” he said.  “Schools must be the most hardened targets in this country.”

Meanwhile, just in time for this spring’s bounty of protests, Florida’s governor, Rick Scott, with his A-plus rating from the NRA, signed a public safety law, named for the scene of the recent rampage. The night before, a 6-year-old had brought a loaded gun to Somerset Academy Lakes in West Palm Beach, a charter school that serves children from prekindergarten through fifth grade.

The law has some decent provisions. The age for purchasing firearms has been raised from 18 to 21, and the waiting period extended to three days. The legislators banned the sale or possession of “bump stocks,” an attachment that transforms a semiautomatic weapon into a machine gun. Additional funding has been set aside for a greater police presence, other security staff who go by the anodyne name of “school resource officers,” and mental health services (well, hallelujah).

On a recent morning, as the Florida legislature was deliberating and I was eating my oatmeal, trying to stay calm, I read about one of these people, Corporal Pamela Revels, a sheriff’s deputy and a regular presence at Loachapoka Elementary School near Auburn, Alabama.   Accompanying the piece was a photograph of her and two young children.  “I can turn into a mama bear really quick,” she told a reporter. “I’ve made that decision that nobody is going to hurt my babies if I can help it.”   I gagged.

Bears?  I flashed back to the confirmation hearing of Betsy DeVos.  Senator Mike Enzi, a Republican from Wyoming, had mentioned to her that a rural elementary school in Wapiti had erected a fence to keep out grizzly bears—an anecdote she told with relish. During his turn at questioning DeVos, Senator Chris Murphy, a Connecticut Democrat, asked if she thought guns should be allowed on school premises.  She argued for local decision making.  “I would imagine that there’s probably a gun in the school to protect from potential grizzlies,” she said.

Apparently, this was a case of fake news, a figment of DeVos’s imagination: the district had opted for a weapon-free policy.   Still, Wyoming, land of rugged individualism and true grit, is ever nudging its citizens in another direction.  Last fall, the state passed legislation enabling districts to authorize school employees with permits—teachers and guidance counselors among them—to carry concealed firearms in and on school grounds.  Jill Bella, the state’s superintendent, facilitated the efforts, issuing 28 pages of   “non-regulatory guidance” under the aegis of the department of education.

But I digress. (Blame it on my impaired executive function, another symptom of PSTD.) Back to the latest flurry of policymaking in Florida.   The new law does not ban assault weapons—a bone of significant contention among the state’s legislators, including George Moraitis, a Republican from Fort Lauderdale.  He urged his peers to dispense with anger and emotion, lest it get in the way of bipartisanship.

Patricia Williams, however, was not having any of it. A Democrat who lists her occupation as “Retired Early Learning Director,” she represents District 92, also in Fort Lauderdale, where 46 percent of children from birth to age four are black, and 21 percent Hispanic.  “This happens day in and day out,” she told Moraitis, referring to the prevalence of gun violence among her constituents.  Though a gun owner herself, she supported the ban.

Preschoolers are on lockdown, defined by Merriam-Webster as an “emergency measure or condition in which people are temporarily prevented from entering or leaving a restricted area or building (such as a school) during a threat of danger.”  I needed the dictionary’s cool, basic description of the phenomenon to keep that anger and emotion in check.  I had to get a handle on the 727,000 results for elementary school procedures that Google turned up in .33 seconds.  The latest attempts to keep our children safe, descendants of the bomb shelter drills of my own early childhood, in the shadow of the Cold War.

Safe?  Who are we kidding?

In The Deepest Well—Healing the Long-Term Effects of Childhood Adversity, pediatrician Nadine Burke Harris, founder and CEO of the Center for Youth Wellness, offers up a quick but illuminating course on the stress-response system, one of our species’ oldest and most complicated, activated by bears and other threats.  She writes of the trauma of the patients in her practice in the Bayview Hunters Point community of San Francisco:

For one…the bear was his dad who verbally demeaned and physically abused his mom.  For another, it was his mom when she didn’t take her psychiatric medications and left the kids uncared for, often in dangerous situations. I’ll never forget the fourteen-year-old girl for whom the bear was the very neighborhood she lived in after she was hit by a stray bullet walking home from school.

Such is the stuff of adverse childhood experiences—ACES as they have been known since Vincent Filetti and Robert Anda’s 1998 landmark study, in conjunction with Kaiser Permanente, which yielded a dismal taxonomy of abuse, neglect, and dysfunction.  In the absence of a loving adult as a buffer, the stress is toxic—one enlightened legislator called it a 24-7 adrenalin rush—wreaking long- and short-term havoc with physical and mental health.

Of course, as Burke Harris reminds us, “when you are black or brown and living in America there are more threats and stressors inherent in your experience.”  Centuries of them, in fact: an inter-generational tsunami of ACES.  But for all our children in poverty, now the majority of America’s public school population, the bears are plentiful, the woods dark, deep, and scary.

Exposure to community violence did not figure in Filetti and Anda’s work—you won’t find it on the existing ACE survey, which includes 10 categories—although efforts at inclusion are afoot. As Burke Harris has discovered in her years at the Bayview clinic, it is a critical piece of the puzzle.

She cites a compelling epidemiological study, conducted by Columbia University’s Mailman School of Public Health, to explore the impact of 9/11 on New York City’s public-school children.  They hypothesized that the kids in schools closest to Ground Zero would show significant trauma and need more help. A good proportion of these students, however, live in well-resourced neighborhoods.  The distribution of distress symptoms took the investigators elsewhere—to  communities of deepest poverty.

“It was the clear and present danger of their everyday lives,” Burke Harris writes, “the chronic stress of walking to school through a crime-ridden neighborhood in the morning and then feeling unsafe in school all day.”

On March 8, as infants, toddlers, and preschoolers played inside, a stray bullet shattered the front door of Step by Step, an early childhood center in Brownsville, Brooklyn, one of those communities of deepest poverty. “We have to get the guns off the streets,” Burchell Marcus, Director of the Community Advocate Development Organization, told a reporter from ABC’s Eyewitness News.  “We can’t have these young men running around…thinking this is the wild, wild West.”

When will we come to our senses?