“Millions of workers have gotten a raise!” the Economic Policy Institute exulted in an email on Sunday. Income growth in 2015 merited the adjective “superb,”  with the fastest gains among black and Hispanic workers. 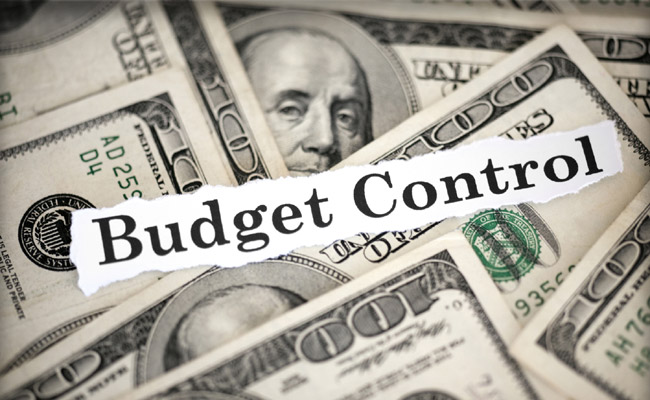 Yet the early childhood workforce was nowhere to be found. The stewards of our human capital have long suffered from economic insecurity, the euphemism we like to employ for those living in poverty, or nearly on the edge.  Out of more than 800 occupations annually surveyed by the Bureau of Labor Statistics, only a few report lower median hourly wages than child care workers, who make less than embalmers and gaming supervisors—and are still not included in the  category for education.  They’re among those who provide personal care and service.

This past summer, the Center for the Study of Child Care Employment, at Berkeley, released the Early Childhood Workforce Index, which tracks the progress of employment conditions and policies in the states.   Highlighted were the stark disparities in 2015 across early childhood settings: child care workers earned a median hourly wage of $9.77; self-employed home care providers, $12.44; preschool teachers in community-based centers, $13.74; and prekindergarten teachers in the public schools, $20.62.

The New York State profile was sobering.  Nearly 80,000 members of the early childhood teaching workforce provide services to roughly 1.4 million children birth to five, almost 25 percent living in low-income families.  The median child care wage in 2015 was $12.24, a three percent decrease since 2010.  Preschool teachers earned a median wage of $14.95, a 12 percent decrease since 2010. Almost 60 percent of child care workers’ families depend on public income supports, at an annual cost to the state of nearly $200 million.

In New York City, these data points have been illuminated by Bill de Blasio’s Pre-K for All.  When he ran for mayor in 2013, universal preschool topped his agenda.  Stealing a trope from Charles Dickens—A Tale of Two Cities—he identified early childhood as the locus of the battle against economic inequality, rife in the world’s financial center. In its density of millionaires—just over four and a half percent of the population, or one out of 22 residents—New York is first among American metropolises.

The mayor’s initiative, which promised to provide free preschool to all the city’s four-year-olds, was a bold experiment, one that many expected to fail.   I welcomed it, with guarded optimism. He embraced a model of government as a force for change in a time of political gridlock, confirming early childhood education as a public good. Today, 70,000 children are enrolled, up from 20,000 in 2014, when the initiative began.

An extraordinary feat, by any measure—but de Blasio’s success has been built on the backs of community-based early childhood teachers, many of whom work in the city’s most underserved neighborhoods.

The disparities are striking: After ten years of experience, public school pre-K teachers can earn in the neighborhood of $90,000, providing they’ve pursued additional credits beyond a master’s degree. Their peers in community-based child care centers, who are certified with master’s degrees and have identical responsibilities, are looking at a gap of tens of thousands in earnings.  Benefits have also been a longstanding issue, and community-based teachers work longer days, year-round, to serve working parents.

Teachers working with younger children, whose care and education is equally critical,  contend with salary caps that condemn them to poverty.  Many who serve the city’s most vulnerable children are, themselves, afflicted with toxic stress, while moonlighting at other jobs to make ends meet. Their progress up the career ladder toward master’s degrees and certification is too often stymied—a threat to the quality of the care and education they provide, their own well-being, not to mention that of their families and students.  With the implementation of Pre-K for All, talented teachers are leaving, their sights set on district public schools.

Early in September, as de Blasio’s initiative entered its third year, 220 workers from city-funded preschools serving low-income children—roughly seven percent of the membership of District Council 1707—voted down a contract supported by the union that represents them as well as other child care center employees, including cooks, bookkeepers, and janitors.   Before the vote, they had taken to the streets to distribute fliers. The action caught the de Blasio administration off guard, scuttling plans for a press conference to announce the deal.

While the contract does include a raise, which they have not seen in more than a decade, these members of DC 1707’s Local 205 deemed the offerings too little and too late in the implementation.  Community-based prekindergarten teachers would have to wait until 2020 to finally approach parity with their public school peers, and others working with younger children would be left making minimum wage.  “We can make more money at McDonald’s,” Betty Mendez, a Local 205 board member and assistant teacher at an East Harlem center, said. “We should be getting more than restaurant workers.  It’s shameful.”

As negotiations have intensified, and a new contract vote looms, the Day Care Council of New York has continued to keep its members posted.   A federation of nonprofit boards that oversee more than 200 publicly funded child care centers and family child care programs, the Council recently laid out estimates of approximate costs to the city of wages ($557 million); health care ($68 million), and a pension plan ($61 million).  But the constraints of the city’s budget had surfaced back in June, as de Blasio and the City Council hammered out the details:  funding for human services nonprofits with city contracts as well as parity for prekindergarten teachers had been left out of the deal.

An education director at one of the city’s community-based early childhood programs has been watching the drama unfold.  Her bête noire is the Day Care Council, which might seem an unlikely object of scorn.  But the group—it was established in 1947 to advocate for programs when child care funds dried up at the end of World War II—reneged on its initial proposal for immediate parity with Department of Education salaries.  Now, they’re urging everyone to jump on board with them, while squelching conversation between management and staff about the contract, and warning of dire consequences for their pensions.

She’s been posting to the Facebook page, NYC PreK Salary Parity NOW, and to a Twitter account, @EarlyChildhoodWatch, where her profile exudes rage at the injustice of it all: “The biggest corruption occurs where the smallest New Yorkers are educated-shocking! Children, parents, teachers, voters & taxpayers deserve better!”

On September 9, advised not to speak to the media by the Day Care Council, she vented to the online community of NYC PreK Salary Parity NOW.  Below, a lightly edited version:

It is very disheartening to hear that the hardworking early childhood professionals of the DC 1707 union, Local 205, are being pushed to accept another contract proposal that is inadequate and unfair.  The city has decided that they want them to vote on a proposal related to their pensions and the more comprehensive contract (health care, wages, etc) at the same time.

Since the pension agreement with CIRS [The Cultural Institutions Retirement System] is time-sensitive, or they are pretending it is, they are threatening pre-K staff with losing their pensions, trying to force them to vote for an insulting contract after 12 years with no raise, and rushing it with a mail-in vote (questionable, at best).

This is immoral and unacceptable. We must stand up and support our fellow early childhood sisters and brothers! The mayor, Bob Linn (Office of Labor Relations), and others in the city administration are resting on the laurels of Pre-K for All. It would only be pre-K for “some” without community-based pre-K workers. We hope they will not be intimidated and pushed into accepting much less than they deserve.