In the acknowledgments of Helping Children Succeed, Paul Tough’s latest ruminations on same, the best-selling author concedes that he had originally thought of the slim 125-page book as nothing more than an online report.  His literary agent disabused him of that notion, visions of new readers dancing in his head. 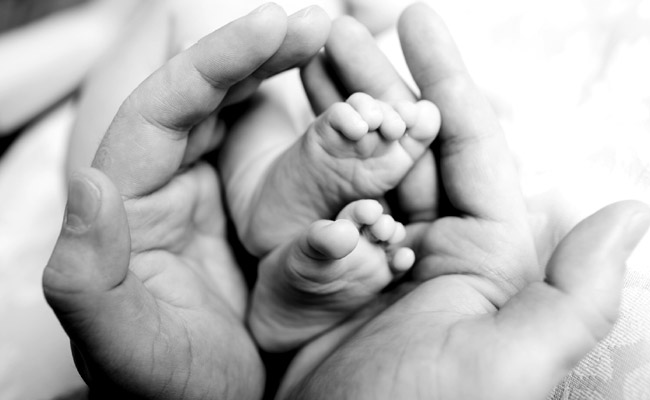 Tough’s earlier book, How Children Succeed, a prequel to his latest tome, hit the zeitgeist in 2012, its subtitle “Grit, Curiosity, and the Hidden Power of Character” ever so tantalizing. A contributing writer to the New York Times magazine and This American Life, he set forth an idea—a new way of thinking, he proclaimed—that upended the conventional wisdom about child development, with its narrow focus on cognition:

We have been focusing on the wrong skills and abilities in our children, and we have been using the wrong strategies to help nurture and teach those skills.  To call this a new school of thought is probably premature.

I don’t know that I’d call it premature.  In one sentence, Tough seems to discount a compelling, interdisciplinary evidence base, built over many years by brilliant women and men in the developmental and social sciences.  This research is filled with rich findings on the so-called “soft skills” and how they are nurtured in the earliest weeks and months after birth.

The choreography is delicate and nuanced in this dance of development, babies building basic trust—a sense of security and optimism that inspires them to engage in the world, and to take on challenging tasks with persistence and pleasure. People who love and care for young children, or have studied them in more naturalistic settings, have long understood their deepest needs, desires, and thinking.

None of this sentimental and fuzzy stuff captivated Tough, although he started reporting the book just around the time his son, Ellington, was born. He was an alpha male on a mission. “At its core, this book is about an ambitious and far-reaching campaign to solve some of the most pervasive mysteries of life,” he writes in the introduction. “Who succeeds and who fails? Why do some children thrive while others lose their way?”

These are good questions, ones that lie at the intersection of education and poverty, the locus of Tough’s work for more than a decade. They led him to the emerging research on neuroendocrinology, stress physiology, and to Nadine Burke Harris, the heart of How Children Succeed.  A young, San Francisco-based pediatrician, the daughter of educated, professional Jamaican immigrants, she founded the Bayview Child Health Center in one of the city’s bleakest, underserved communities, and has become one of our foremost experts on toxic stress, Adverse Childhood Experiences (known as ACES), and trauma-informed care.

Why is this important? Without the support of a stable, healthy, loving adult, the brains of infants exposed to, say, domestic violence and maternal depression—all too prevalent in these trying times for families—are affected, cortisol levels going through the roof. Toxic stress diverts energy from the prefrontal cortex, the center of executive function, or the heart of babies’ capacity to plan, focus, and learn.

There you have it: an achievement gap in the making—not to mention diminished expectations for health, well-being, and prosperity into adulthood.

Unfortunately, Tough got sidetracked in his journalistic inquiry, leaving Burke Harris behind. He had fallen in love with the idea of character education and Martin Seligman’s bible of self-determination, Learned Optimism.  He waxes rhapsodic about Angela Duckworth’s Grit Scale, a simple test with twelve brief statements—among them “Setbacks don’t discourage me.”

The scale apparently worked wonders at the National Spelling Bee, where Duckworth discovered that kids with higher scores were more likely to make it into the later rounds.  But most remarkable, as Tough recounts, Duckworth and Chris Peterson, Seligman’s coauthor of Character Strengths and Virtue, administered the grit test to more than a thousand first-year students at West Point.  Her questionnaire bested the military’s own evaluation, more accurately predicting the persistence of the cadets in the demanding “Beast Barracks.”

Tough had found his silver bullet: grit, or character.  “There is no antipoverty tool we can provide for disadvantaged young people that will be more valuable,” he writes in the final chapter of How Children Succeed, where he also describes the stance of those who would disagree with his analysis (count me in):

Reform skeptics…often blame out-of-school factors for the underperformance of low-income children, but when they list those factors—and I’ve read a lot of these lists—they tend to choose ones that don’t have much to do with family functioning.  Instead, they identify largely impersonal influences like toxins in the environment, food insecurity, inadequate health care and housing, and racial discrimination.

Impersonal influences, my ass. This man—as well-intentioned as he is—has a huge blind spot, one shared by many who refuse to acknowledge America’s deep structural inequities, not to mention our abdication of responsibility for the common good.

Tough needs to get up to speed on Urie Bronfenbrenner, a Russian émigré and developmental scientist who well understood that children and parents blossom in relation to the institutions and values in which they’re embedded: home, school, community, workplace and the larger society.  His elegant bioecological theory undergirds America’s bare-bones social policy—Community Schools, Promise Neighborhoods, and Head Start, which he helped to design.

Fast-forward to 2016, the year of publication of Helping Children Succeed, and a nationwide effort to measure self-control, conscientiousness,  grit, and other social-emotional skills.  Several districts in California had just announced plans for a rollout.  Angela Duckworth, herself, was not on board.  It was a bad idea, she told a New York Times reporter before her new book entitled—what else?—was published in May. She who had popularized social-emotional learning, and added “grit” to the lexicon, was backing off a bit, enlightened, perhaps, by her conversations with fellow MacArthur winner, Ta-Nehisi Coates.  I could see the guilt of privilege dripping off Duckworth’s comments at a recent talk she gave at Loyola University Chicago’s School of Law.

Tough, too, has moved away from grit as a teaching paradigm. “Maybe you can’t teach character the way you teach math,” he writes in Helping Children Succeed. In his latest book, a summary—and defense—of his work thus far, he claims that the greatest obstacle to overcoming educational disparities is conceptual:

I’d argue that we know enough, and our awareness is growing exponentially, thanks, in good part, to the scientists, Tough’s diligent reportage, and reports from early childhood practitioners on the front lines of the campaign.  After How Children Succeed was published, he spoke before groups of teachers and child-development professionals.  “OK, now that we know this, what do we do?” they’d ask him.  Of course, they already knew the answers, but were adrift in a sea of toxic education policies that focused on cognition to the exclusion of the softer skills, out of tune with the latest research Tough had brought to light.  They were drowning.

We need to move beyond the endless questions, reshuffle our priorities, and reorient our social and economic policies. At the end of Whatever it Takes, his first book, Tough joyfully anticipates Barack Obama’s Promise Neighborhoods initiative, inspired by Geoffrey Canada’s Harlem Children’s Zone:

If Promise Neighborhoods do become federal policy, they would mark the first serious new approach to poverty to come to Washington since welfare reform, and arguably the first truly comprehensive plan since the War on Poverty.  And this would be a program quite different from either predecessor: more proactive than welfare reform; more data-driven and targeted than the initiatives that made up the War on Poverty.

In the 2015 federal fiscal year budget, the request for Promise Neighborhoods came in at $100 million.  More data-driven, maybe, and targeted, but not generously funded. America thinks nothing of spending $400 billion on a fleet of F-35 Join Strike Fighter jets—or enough to fund the National School Lunch Program for nearly 25 years—while we hack away at the children’s tiny share of the budget pie with impunity, stinting on education, schools, communities, and the kinds of services that might have a prayer of changing their trajectories.

“Helping children in adversity to transcend their difficult circumstances is hard and often painful work,” Tough concludes on the last page of Helping Children Succeed. Indeed—and he’s to be commended for his contributions. But it’s more painful for those who are living in such circumstances in a nation rife with inequality. It’s time for Tough, once again, to leave his comfy perch at Left Hand Coffee, in Montauk,  and continue the work, with eyes wide open.