“April is the cruelest month,” T.S. Eliot wrote in the opening canto of The Waste Land.   The month in which America celebrates child abuse prevention. 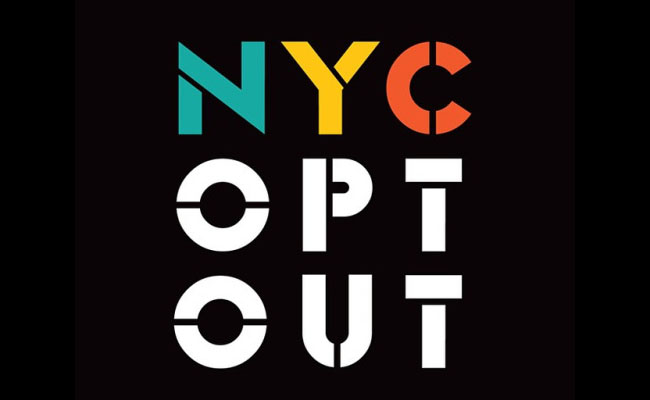 Each spring, the English Language Arts,  math, and science tests arrive, New York City’s third- to eighth-grade public school students busily filling in bubbles.  As one parent told me a few years ago, her high-achieving, logical eight-year-old was reduced to tears upon returning to his classroom after spring break to what has become a torturous rite of passage.  This, after enduring 45 minutes of test prep each morning since September.

Now mind you, we’ve had some major protest since then, fueled by Arne Duncan’s infamous standoff with American parents in 2013. You remember that, of course. Those pesky, White suburban moms. How dare they criticize the policies of the U.S. Secretary of Education?  Never mind the kids’ love of learning.

By the time Duncan was preparing to leave his post last year, opt-out rates were soaring across the country, New York State leading the way. More than 200,000, or nearly one in five third- through eighth-graders, had sat out the high-stakes exams. “Parents revolt over Common Core tests,” proclaimed a headline in the Albany Times Union on Christmas Day.

My hometown, alas, was developmentally delayed.  New York City—capital of finance, media, fashion, and the arts—was on the sidelines of this revolution, its test refusal rate of 1.4 percent a blip among the data points. Long Island, spurred on by suburban mom Jeanette Deutermann and Carol Burris, executive director of the Network for Public Education Fund, former principal, and an early and vocal critic of the misuse of high-stakes standardized testing, had become the epicenter of the movement.

Something was rotten in the Big Apple. In early April of last year, just before testing season got underway, New York City’s schools chancellor, Carmen Fariña, let it be known that she didn’t think it prudent for parents to opt out.

At a gathering last fall, Anna Allanbrook, a principal in one of the city’s elementary schools and supporter of parents who have chosen to opt out, spoke to me, in hushed tones, of a chill in the air; Fariña was stifling dissent among the ranks. Filmmaker Michael Elliott, a public school parent in Brooklyn, and Kemala Karmen, a co-founder of NYCPublic.org elaborated in a piece at the Huffington Post:

…a gag order threat hangs over teachers and principals. They are not allowed to speak to parents about opt out. They can offer no insight into the tests themselves, they cannot advise you if the tests are inappropriate for your child, they can only ask you what you want to do. In many instances teachers and administrators don’t have accurate information themselves on the viability of opt out, so they repeat the lines given them by the NYCDOE: Take the tests! There is a crackdown going on right now to try and strangle the New York City opt out community entirely.

Accompanying the revelations was a video, including an exchange between a public school parent and Anita Skop, a superintendent in Brooklyn’s District 15.  “Can educators share their legitimate concerns about the test with parents?” the woman asked. “They shouldn’t,” Skop replied, “they have no right to say ‘this is how I feel’…it’s not their job. No person who is a public figure can use their office as a bully pulpit to espouse any political perspective.”

In this winter of stifled democracy, the city’s parents have been galvanized. With 1,310 members NYC Opt Out’s Facebook group is still small, dwarfed by that of neighboring Long Island.  But they’re pulling more than their weight. Janine Sopp, a ceramic artist and one of the group’s administrators, is a guiding presence, along with Shamma Dee, who defies the stereotype of the white color of this movement. The page vibrates with political commentary and education policy critique, resources about the logistics of opting out, and urgent notifications of the growing number of events throughout the city.

Recently, news of the letter, below from the teachers of P.S. 234, an elementary school in Tribeca, found its way on to the page. “Educators and students are trapped in a system designed to halt innovation and sustain oppression,” they wrote.  Leaving fear behind, they’d ascended to the bully pulpit—to defend, and start a conversation about, effective practice.

It is with sincere mutual respect and trust as your children’s teachers that we reach out to you to start a conversation about our concerns with the current state of the standardized testing climate. Last week, you received an email from our principal, Lisa Ripperger, about the school’s reflection on test prep and why it has been shortened from six weeks to three weeks this year. As teachers we wanted to reach out to you and let you know our thoughts.

Our educational values do not align with the choices elected officials have made for us. Against our better professional judgment, we are forced to administer the 3rd through 5th grade New York State ELA, math, and science tests. This is at odds with our core philosophical values. More importantly, this conflicts with what we know to be true about effective teaching.

At PS 234, we value authentic inquiry and collaboration. We know that learning occurs within meaningful contexts that are relevant to students’ lives and when students are deeply invested in their growth and development. We have the privilege to construct curriculum where informative assessment drives student progress. These assessments help us to make careful choices about instruction.

Here are our thoughts:

Across the city and state, participation in these tests has led to a misguided assumption about how to best educate students. We believe in useful assessment and are not opposed to standardized testing.
We are asking for your help. Educators and students are trapped in a system designed to halt innovation and sustain oppression. Current conditions have left us in a state of fear, but we can no longer be silent.

As educators, we can voice our opinions and discuss the implications, but we cannot do more without your partnership.

Here is how to help:

If you are considering opting out, write a letter to Lisa [P.S. 234’s principal] to express your concern over state tests and refuse your child’s participation in the tests. Opting out of the state tests is your choice. We want you to make an informed decision.

Please consider coming to either of the meetings to continue this conversation. We cannot take this important stand without your help. As a community, this is the chance to voice our grave concerns with the state of education.

The Teachers and Staff of PS 234