It was a moment that called for John Coltrane. The California Alliance of Researchers for Equity in Education—love that acronym, CARE-ED— had revealed the truth about the Common Core State Standards and high-stakes assessment: 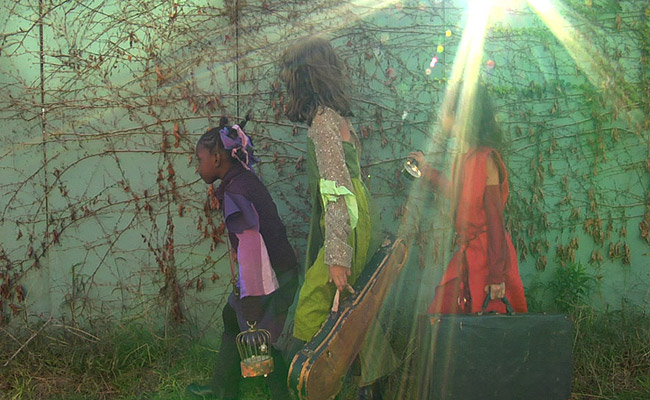 Overall, there is not a compelling body of research supporting the notion that a nationwide set of curriculum standards…will either raise the quality of education for all children or close the gap between different groups of children. Therefore attaching high-stakes testing to the CCSS cannot be the solution for improving student learning.

Only “My Favorite Things” would do. In a moment, I was twirling around my living room, in a dance to spring and sanity.

Why the celebration? Many had come to this conclusion years ago, illuminating the error of our ways. But no matter; we need to keep replenishing the choir. There’s strength in numbers, and the validation of empirical evidence.  Hats off to the hundred plus signers of an earlier iteration of the brief: an open letter to California’s education department in response to proposed rules, under the Higher Education Act, for preparing teachers:

The regulations erroneously place unfounded blame on individual teachers for the perceived failure of the educational system in the United States. This analysis ignores important and well-documented factors that influence student success, such as the impact of poverty, the levels of trauma experienced by youth in urban areas, and accessibility of social services such as health care.

The authors provide a very brief history of the Common Core, designed to “ensure that all students graduate from high school with the skills and knowledge to succeed in college, career, and life, regardless of where they live.” They list the major players in the project: The National Governors Association, the Council of Chief State School Officers, and Bill Gates, who’s allocated more than $200 million of his billions to this contentious endeavor. Also noted is the sidelining of K-12 educators and what they call the “broader education research profession” in the effort.

Here, I pick a bone. While they did include kindergarten through third grade teachers, the upper range of early childhood, the authors left out the newcomer to the K-12 system: preschool. Twenty-five percent of children under six live in poverty in the U.S.  The numbers are much higher for young Black, Latino, and Native-American children. Seventy percent of black and 67 percent of Latino children in this age group live in low-income families, including those in poverty and above the line, an archaic metric that vastly underestimates the need.

Pedro Noguera, a professor at UCLA and one of the signers of the letter, is also a co-founder of Broader, Bolder Approach to Education with Helen Ladd, a Duke economist who has long studied the impact of socio-economic status on student achievement.  The initiative serves as a powerful antidote to U.S. education policy, acknowledging the profound impact of poverty, adverse childhood experiences, and toxic stress on children’s ability to learn and thrive.

Add all of the above to disproportionate placement in segregated and under-resourced schools—Linda Darling-Hammond, head of the Learning Policy Institute, has described the system as “apartheid”—and opportunity is stymied from the get-go.  Unsurprisingly, enriching early childhood experiences  lead the recommendations of the CARE-ED brief, which also include equitable access to funding, addressing race, segregation, and concentrated poverty, enhancing teacher and principal quality, and grounding reform in the community.

Here in my home state of New York, democracy is bravely rearing its head amid the ruins, with a change of regime at the Board of Regents, the top education policy-making body. Betty Rosa, a former bilingual teacher and principal who spent much of her early childhood in Puerto Rico, has replaced Merryl Tisch, whose deaf ears and elite pedigree alienated the citizens, spawning an opt-out rate of 20 percent in 2015.

Rosa brings a distinctly different perspective, sharpened by her stint as superintendent of District 8 in the southeast corner of the Bronx. The western edge includes some of the most impoverished communities in the city–and the country–among them Hunts Point.  She sparred with Tisch, and publicly criticized the Common Core. Before her confirmation, she offered a glimpse of her vision: “We need to reconceptualize the work we are doing, especially around equity and social justice.”

Caption: Photograph by Kristin B. Eno