September 9th marks the first birthday of Bill de Blasio’s universal preschool initiative, a cornerstone of his agenda to combat inequality. On this day the largest and most segregated school district in the nation will greet its children. 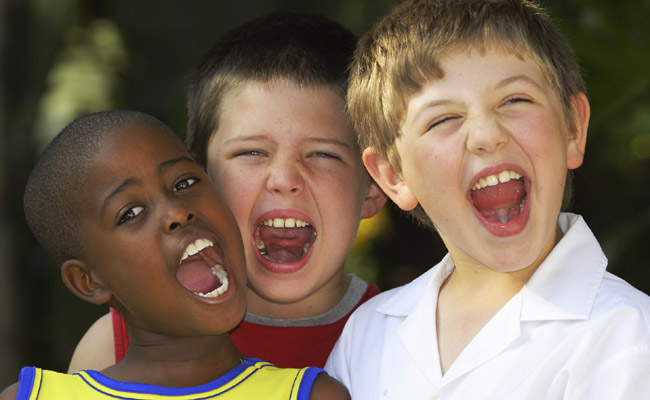 Segregation is hardly a new phenomenon in New York City. It’s been going on for a long time, condemning our most vulnerable children to educational exile. But last year, the red flag flew all the way across the country from UCLA’s Civil Rights Project, which released a damning report on inequality in the Empire State.

Predicting a “damaged future” for the city’s students, the investigators noted that in 19 of New York City’s 32 community school districts—including all in the Bronx, and two-thirds in Brooklyn—white children comprised 10 percent or less of the student body. In charter schools, white students were scarce (less than 1 percent of enrollment), members of the league of apartheid institutions.

An update on the city’s status came yesterday from Patrick Wall, a reporter at Chalkbeat New York. Wall reports on a group of principals—among them Anna Allanbrook, and Julie Zuckerman. Progressive avatars and leaders of early education’s opt-out movement, they fear that their elementary schools (which start with prekindergarten) are contributing to the “scourge of school segregation.”  Last October, they met with Carmen Farina, New York City’s schools chancellor, Wall writes:

Many had watched as wealthier, mostly white families moved into fashionable precincts of Manhattan and Brooklyn and nabbed seats in the same handful of public schools, many of them celebrated for their strong academics and progressive bent. The principals feared that if that pattern persisted, their schools’ diversity would fade into homogeneity.

A few principals presented a solution: If the city let them reserve a portion of their seats for high-needs students, such as those from low-income families or who live in public housing, the schools could preserve — or in some cases, create — diverse student bodies.

Here’s the rationale for the new admissions policies:

With attractive programs, families from a mix of backgrounds who live nearby, and some enrollment flexibility, advocates say the schools are ideal settings to establish  diverse student populations — which decades of research has shown to benefit all students academically and socially, with low-income students of color reaping the biggest rewards. In fact, the schools already are more diverse than many city elementary schools, which tend to be more segregated than middle and high schools because most admit students based on where they live.

But Farina’s plate is overflowing, and some of the ideas she has articulated for generating diversity, Wall suggests, are similar to those of former mayor Michael Bloomberg, who championed school choice and competition. Policies from which middle- and upper-class white parents have benefited for decades. And they’ve failed children of color miserably.

Bill de Blasio’s noble experiment, in “A Tale of Two Cities,” is at risk as his administration stalls. To be sure, his universal preschool initiative, under the leadership of deputy mayor Richard Buery, is moving forward, with more than 65,000 four-year-olds enrolled for the 2015-2016 school year.

Still, equity remains elusive.  The city has had trouble filling seats in the Brooklyn communities of Bedford-Stuyvesant, Brownsville and East New York.  Bed-Stuy, a  nesting ground for young hipsters, and gentrifying rapidly, has a poverty rate above 40 percent—a designee of Category IV, the highest in the U.S. Census Bureau’s taxonomy of family economic insecurity in extremis. Outreach to parents, whose trust, unsurprisingly, has been decimated, has been challenging. And enrollment was tight, seats insufficient, in a high-performing district in the South Bronx, the nation’s poorest congressional district.

The evidence base to which policymakers eternally look for validation, confirms that poor children gain more from preschool when they are in close proximity to youngsters with greater resources. Their language skills improve and they pick up behavioral cues from their peers, developing that precious social capital that society’s well-served and powerful take for granted.

And what about those collaborative, empathetic, and productive future citizens we seek to nurture? It’s hard to grow them in isolation, in communities whose spirits have been malnourished.