How can you resist a book that links Vygotsky’s theory of social constructivism with the Framers’ vision for American democracy?  I couldn’t. 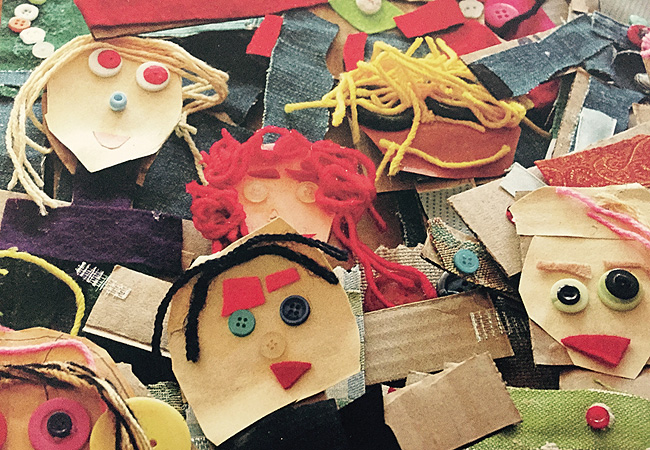 When I first looked at Learning Together: The Law, Politics, Economics, Pedagogy, and Neuroscience of Early Childhood Education, I nearly ran in the other direction. I’m married to a lawyer, and let’s just say that wordy, rationalist framework in which our daily interactions take place has its limitations. Written by three attorneys, Michael Kaufman, Sherelyn Kaufman, and Elizabeth Nelson, the book had an invisible red flag on the cover.

Still, I gingerly opened the book, and found my way to the introduction. I read that the Framers of the United States Constitution fully appreciated that knowledge is constructed and spread through meaningful relationships and associations. I discovered that Reggio Emilia—mecca for progressive early childhood educators across the globe—was the star of chapter 6. And then I read this:

By developing habits of mind and heart that enable children to construct knowledge through meaningful relationships, [social constructivist early childhood education programs] help to..realize the Framers’ vision of a regime that depends for its survival on the capacity of individuals to advance and disseminate knowledge through their association…and build skills such as inter-subjectivity, cognitive integration, attachment, executive function, self-regulation, discipline, synthesis, creativity, respect, and ethics.

These lawyers were brilliant! A troika with deep grounding in education law and policy. But the heart of early childhood beats in Sherelyn Kaufman. After practicing education law in the private sector for many years, she joined the Office for Civil Rights in the U.S. Department of Education. She then switched gears, picking up advanced degrees and certification in teaching and early childhood administration. She’s taught young children, directed a not-for-profit early learning program, and now imparts her wisdom at the Erikson Institute, a graduate school of child development in Chicago.

Learning Together, as its subtitle indicates, covers a lot of ground. The book reads like a well-constructed legal brief, each of the three sections building the case for early childhood education as the foundation for a prosperous, vital democracy. “The manner in which a society chooses to educate its youngest learners reveals a great deal about how it chooses to treat all of its citizens,” the authors write. Nelson Mandela saw society’s treatment of children as a revelation of the soul. They don’t speak in the passionate language of social justice. But the accretion of facts has a powerful effect—although the redundancy drove this former editor a little crazy.

Inequity serves as the leitmotif of chapters 3 and 4, which take us on a breathless tour, respectively, of the legal and economic foundations of American early childhood education. Battles to legitimize school for those under five have long raged in the states. Take Abbott v. Burke, in which New Jersey’s Supreme Court affirmed the right to preschool for three- and four-year-olds in 31 low-income, urban school districts. Or the decision by South Carolina’s circuit court, which found, in Abbeville County School District v. State, that the state had not met its constitutional responsibility “to provide a minimally adequate education” by failing to provide and fund early childhood intervention programs.

In a section called “The Inadequate and Inequitable funding of American Education,” the authors move just a bit beyond their dispassionate stance, using italics to drive home the point. “The median disparity in per-pupil spending between the wealthiest and poorest school districts throughout the United States,” they write, “is nearly $12,000 per student.” Not quite on par with Linda Darling-Hammond’s use of the “A” word (apartheid) to describe American schools in The Flat World and Education. But good enough.

What of early childhood education, chronically starved for legitimacy and funding—robust evidence base be damned? Assuming a cost per child of $8,400, based on data from the National Institute for Early Education Research, the total tab would be about $33.6 billion to educate every four-year-old, and $67.2 billion to include three-year-olds.

Needless to say, we’re not spending anywhere near these amounts now; an additional annual expenditure of $52 billion would be required to get us up to speed—or a scanty 8 percent of the $600 billion of public funds spent on students in the K-12 system. Isn’t anyone listening to James Heckman? The return on investment—better than the stock market—is highest in the earliest years of kids’ development.

That cost per child is low—especially for the kind of Reggio-inspired, social constructivist preschool described in chapter 6. At the Brick Church School, on Manhattan’s Upper East Side, which shares with the citizens of Reggio Emilia “the fundamental image of the child as a capable, caring, creative, curious, and connected member of the community” with “legitimate rights,” tuition this past year for morning classes with the option of three extended days until 2:30 was $27,500.

Of course, the cost of an elite education in New York and other major cities, has always been beyond the pale. The implementation plan for Mayor Bill de Blasio’s full-day universal public prekindergarten—with the lofty goal of combatting inequality—estimated an average of $10,239 per child. But three- and four-year-olds wherever they live will also need extended care. We are a nation of working parents, one in which, alas, full-day kindergarten is not yet a done deal.

Here’s the real bottom line. The early childhood field, grateful for the most anemic investment, has a long, dreary history of underestimating the cost of doing this right. The numbers on the ledger sheets are sobering. According to the latest NIEER State Preschool Yearbook, average state spending per child in 2014 was $4,121, up by $61 from the previous year, but down from $5,129 in 2002. We risk perpetuating existing inequities if we fail to adequately fund these programs, not to mention professional development for the educators whom we entrust to implement them.

Still, the authors’ vision is tantalizing. They cite Lillian Katz, who claimed that she could not “recall having seen anywhere before preschool children’s work of such high quality as in Reggio Emilia.” Even better, she wrote, in the journal Young Children, “teachers do not underestimate children’s capacities for sustained effort in achieving understanding of what they are exploring nor do they underestimate children’s abilities to capture and depict these understandings through a variety of art.”

Such confidence is a balm in the toxic climate of standards-based accountability. As is the vision set forth by the Kaufmans and Nelson, of “a system of effective early childhood programs in which professionally trained educators make learning visible through documentation”:

…educators in Reggio Emilia have created early learning centers in which…the environment is a teacher that encourages the co-construction of knowledge through relationships; the curriculum emerges from and inspires children’s curiosities, relies on teachers’ collaborative research, and values multiple forms of representation; and the learning of each child and the community is made visible through documentation.

Bella, indeed. The authors have marshalled some solid evidence—studies using controlled randomized trials—in support of Vygostky’s social constructivist approach. Kids in these environments far surpassed those enrolled in more tightly structured academic programs in critical skills for success, including collaboration, executive function, and perseverance. And by the way, for those who care, they did better on achievement tests over time.

The book’s final section provides implementation strategies—for increasing access to preschool, setting up these rich learning environments, and “making visible the profound and joyful learning that can take place.” Here, vignettes of children performing, playing with blocks and clay, creating menus and taking orders in the kitchen, estimating and counting, and observing light and shadows punctuate discussions of shared activities, multiple expressions of learning through media and materials, and the social construction of literacy and math.

Four-year-old Eli has the last word. In the book’s lone photograph, we see a notebook, in which he has written, in spidery, tentative form “I love Eli. I love Mom. I love my classmates.” This preschooler has recognized the power of his ideas, amplified as he shares them with his loving learning community: