This morning, succumbing to my raging digital addiction, I opened yet another email from Education Week. The American Society of Addiction Medicine defines this malady as a “process” condition—distinct from an obsession with activities such as shopping, eating, and doing drugs. A primary, chronic disease of brain reward, motivation, memory and related circuitry, characterized by cravings, behavioral problems, and dysfunctional emotional responses. 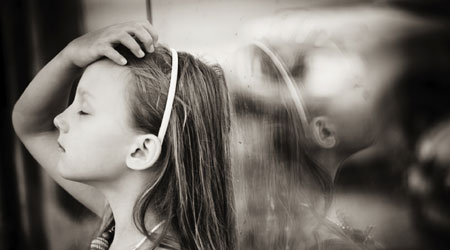 “Testing … Testing … View the Top Stories On Assessment and Testing” was the subject—inspired by the beginning of the high-stakes season (for children, not horses). “Spring is here!” they crowed.

The magazine was having trouble keeping up, offering a host of articles, many dating back to last fall. I clicked on a piece about teacher preparation by Christina Berchini, at the University of Wisconsin-Eau Claire.  She talks about a “meaningless exam” she administered, the power of questioning, and cites education theorist Lisa Delpit, noted for her essay “The Silenced Dialogue: Power and Pedagogy in Educating Other People’s Children.”

A more recent article, published in February, addresses the shortcomings of the Program for International Student Assessment, known to all as PISA. The authors have coined the term “edu-masochism”—don’t you just love it?—to describe America’s obsession with global preeminence, or lack thereof.

I was headed for an overdose. But the high was amazing. The nation’s reckoning with testing was at hand.

Arne Duncan’s annus horribilis, 2013, was seminal in our changing consciousness. Amid growing protest against assessment in overdrive, the former secretary of education had launched a frontal assault on White suburban moms. How dare they suggest that the latest Common Core standards for math and language arts were wreaking havoc with their children’s love of learning? “All of a sudden, their child isn’t as brilliant as they thought they were,” he said.

By the spring of 2015, as Duncan’s tenure was coming to a close, a movement was gaining momentum. Opt-out rates soared across the country, my home state of New York leading the pack. More than 200,000, or 20 percent of third- through eighth-graders had sat out the high-stakes exams in English Language Arts and mathematics.  All of this under the disapproving eyes of John King, nemesis of the state’s parents, whose cries fell on deaf ears. Yes, you know him: he’s now the acting U.S.  Secretary of Education. Heaven help us.*

Leading the charge is Parents Across America, an organization  born of a meeting, nearly a decade ago, between Leonie Haimson, president of Class Size Matters in New York City, and Julie Woestehoff, executive director of Parents United for Responsible Education in Chicago. The two women bonded over their concern about the “silent majority” of parents in the national conversation about education reform.

The group couldn’t be busier in the post-Duncan era. Last month, they issued a position paper, “Parents Stand Up against Test Stress,” which I’ve provided, for your reading pleasure and dissemination, below.  This week, PAA put the National Institutes of Health and the American Academy of Pediatrics on notice, asking for an investigation of growing student test stress.

The silent majority has come a long way, baby.

Parents Stand Up against Test Stress

Across our nation, children of all ages are showing a jump in test anxiety. As high-stakes standardized tests have multiplied, growing percentages of students have begun to report test-related stress. More are seeking test-stress counseling. Media reports of psychological and physiological symptoms tied to testing have increased.

Recent research has demonstrated that prolonged stress can profoundly undermine learning, mental health and brain development in young people. The stress that high-stakes testing creates is thus sabotaging learning for many students.

Test stress does particular harm to our most vulnerable children. Students with special needs, low-income students, children of color and those whose first language is not English are most likely to do poorly on standardized tests, and most likely to attend struggling schools where the focus on test results is particularly intense. One study has found that as many as 41 percent of African American elementary school children have experienced high test anxiety.

Much of the literature on test anxiety focuses on how to help children cope with the stress. In contrast, PAA believes the cause of the stress must be addressed. No child should be exposed to prolonged, intense stress, which can inhibit brain function and take a toll on mental health.

What to do about Test Stress in Children

End high-stakes standardized testing: A switch from high-stakes testing to a systematic review of actual student work would

Rely instead on regular teacher-generated reports of student progress which

Recognize opt-out rights: Parents are opting their children out of testing in record numbers, in part to protect them from the stress caused by misuse and overuse of standardized tests. Federal and state law must support this decision by parents.

Advocate for local and state assessment policies that align with professional standards for assessment.