Play, the primary engine of human development, is vanishing.  Melvin Konner, an anthropologist and neuroscientist, regards it as the central paradox of evolutionary biology, combining great energy and risk for an activity that seems pointless. 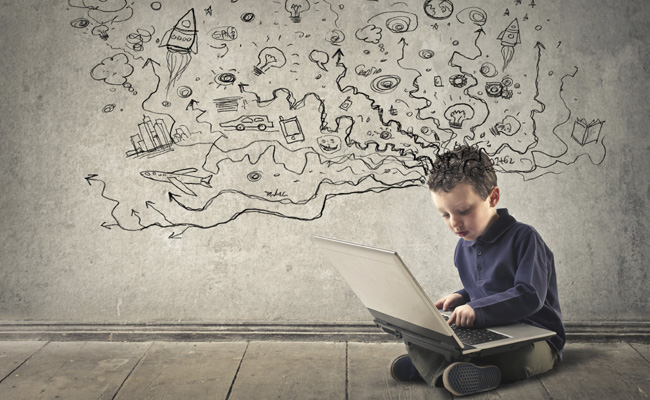 But pointless it’s not. The positive emotions evoked by interactions, physical exercise, and mastery of skills in play spurs us toward novelty and more flexible learning—an exquisite means of developing our brains, social selves, and alleviating stress.

Sadly, recent education policies have squelched what all the smartest mammals do naturally.  Literacy and numeracy, the prime foci of the Common Core, have hijacked the kindergarten curriculum, transforming it into the new first grade.  Didactic methods, which stuff content into kids’ brains, are the norm.  Learning blocks—uninterrupted periods of time dedicated to one subject, and historically relegated to the upper grades—dictate the rhythms of the day.  Prescriptive curricula linked to standardized tests are routine in many kindergartens, extending into first, second, and third grade.

Becoming Brilliant, the latest work of the prolific Kathy Hirsh-Pasek and Roberta Michnick Golinkoff, explores the consequences of this phenomenon for children’s success, and for our society at large.

Theirs has been a fruitful collaboration: @KathyandRo, as their Twitter handle affirms, have been joined at the hip for 35 years. Both are experts on language acquisition and literacy. “How did we get so lucky?” they ask. In what has been a  frenetic publication schedule, these two developmental scientists have found the time to produce a couple of popular classics for parents, How Babies Talk and Einstein Never Used Flash Cards. They exult in the wonderful students who fill their labs at the University of Delaware and Temple, in their children, and in their grandchildren, who are “of course, brilliant.”

Golinkoff and Hirsh-Pasek have been mining the data on play for years.  Much of that lode can be found in Play = Learning and A Mandate for Playful Learning, an evidence-based manifesto, and a template for the work of translating research into practice and policy. Their call to action adopted the tropes of education reform—critical thinking skills, collaboration, innovation—attendant to the precipitous decline in creativity from kindergartners through six-graders, recorded a few years ago by Kyung Hee Kim, a professor at the College of William and Mary.

In Becoming Brilliant, Golinkoff and Hirsh-Pasek continue the work of this challenging translation project. Applying their formidable analytical skills, they’ve constructed a framework for the task of reimagining education and redefining success in the 21st century.  They call it the “6 Cs”: collaboration, communication, content, critical thinking, creative innovation, and confidence.

They’ve even created a grid, “Four Levels of Mastery for Each of the 6Cs,” to help move us along in our quest—one of several tables in the book, which, by the way, could have used much more tender loving care from its publisher, the American Psychological Association. I’m a former magazine editor, and it pushed all my buttons; I kept on writing “copyediting” in the margins, and wanted to slash all the redundant sentences. Their idea is clever, and their writing lively, but the execution left me weary, waiting to get to the end.

I felt guilty.  After all, it’s been a long haul for Kathy and Ro, who have been nothing less than tenacious in getting their message out.  Their frustration is palpable. “One could argue that the learning industry is shaping society’s definition of success,” they write, “and that the learning sciences have been largely muffled in the discussion of how to best prepare children for real success in and out of school.”

Why hasn’t anyone been listening to this dynamic duo? They sound a plaintive note, reminding us of the tenacity of the learning scientists.  Oh, how long they’ve been collecting the evidence about how kids learn best, how they process the written word.  How spatial skills like map reading spur mathematical learning, and how impulsive decisions, or the lack of self-regulation, can impair this process.

They’ve left their ivory towers, time and time again, crossing the globe to spread the gospel of play—adventures they recount with a mixture of humor and the self-effacing wonder of really smart women who are taken seriously, without posing a threat.

“Perhaps we did offer a new and refreshing conversation,” they write of a consultation with one of the founders of MindChamps, who had emailed them after reading Einstein Never Used Flashcards.  Skeptical, but curious, they agreed to meet with him.  “Singapore, after all, is the place where it’s illegal to chew gum in the street!” they write.  “Why would they want to talk to us?”  Yet, while U.S. policymakers had foisted the Common Core on its students, removing music, art, and recess, “changing the rules in an instant is not a problem” in this benevolent dictatorship, they wryly note.

Golinkoff and Hirsh-Pasek are strongest on their well-trod turf of child development.  They describe the birth of a brilliant idea and the child who brings it into the world, picking up two of their “Cs,” confidence and creativity:

With the grit and perseverance to stick with it even in the face of adversity and with growing confidence that his idea is worthy enough to pursue, he breathes life into his vision and watches the idea take flight.  We have already seen that creativity lives all around us, in the trees, in our shadows, and in our vibrant imaginations.  But so often we don’t give it the space to move about freely or to explore its boundaries.

Aye, there’s the rub—and a serious contradiction at the heart of On Becoming Brilliant.  As the book begins, Golinkoff and Hirsh-Pasek take us through breezy analysis, verging on glib, of the very education policies that have disrupted innovation of the sort they champion, and messed with some of the other “6 Cs” as well. They note the presence of the learning scientists, pregnant with the possibility of a productive collaboration with those who make the laws.

“But as time marched on and political pressure to do something quickly took the upper hand,” they write, “NCLB, as the law was affectionately called, became laden with ready-made tests that narrowly measured outcomes in selected subjects like reading and math.”  Affectionately? An odd adverb for a reform that has had some pretty deleterious effects on young children’s development and learning. They were diverted, or so it would seem, by a deus ex machina.

The authors go on to cite Howard Gardner, of Harvard’s Graduate School of Education: Content, he has said, “has to be expansive and to include truth, beauty, and goodness.” The book’s final chapter begins with a quote from Carla Rinaldi.  She’s the guiding spirit of the Loris Malaguzzi Centre Foundation, in Reggio Emilia, Italy’s democratic experiment, where children speak “100 languages through art, song, storytelling, and dance,” and their well-being is a common responsibility.

Golinkoff and Hirsh-Pasek describe Reggio’s method—a far cry from public kindergartens in the U.S., where the chill of standards-based accountability has settled in:

…children do not sit passively at desks waiting for information to be delivered and consumed.  They are active explorers of their world, constantly interacting and creating, discovering and testing, as parents and teachers shift their focus from what children learn to how they learn.

But the chapter’s title, “A Report Card for the 21st Century” belies this vision.  We’re in the land of metrics, benchmarks and education deeply influenced by corporate interests. The book’s index is telling: the number of citations for Reggio is on par with those for management consultant Peter Drucker.  Vienna-born Drucker was a self-described “social ecologist,” whose influence extended from Intel to the United Farm Workers, or so his website proclaims. He is well known, among other things, for his writings on privatization, a hot theme of public policy debate these days.

Before NCLB, Race to the Top, and the Common Core (supported by millions of dollars from Bill Gates) had encroached upon the earliest years of learning, Judy Layne, of the Saskatchewan Institute of Applied Science and Technology, provided an overview of privatization in Optimum, the Journal of Public Sector Management:  “Peter Drucker suggested that government should spend more time governing and less time providing,” she writes, “and that the public sector should either purchase services from the private sector, or simply stop producing.”

Recently, Hirsh-Pasek added the position of senior fellow at the Brookings Institution to her impressive C.V.  Her expertise will be a welcome addition to a think tank that has been on the conservative side of the debates about children and family values. Still, a recent posting, with Golinkoff, has me worried: “Pokémon Go: A window into how we might reimagine learning #BecomingBrilliant.”

We’re not in Reggio Emilia anymore.