My family held a Passover Seder in London this year.  A feast of liberation in a city governed by Sadiq Khan, the first Muslim to preside over a major Western capital.  Our haggadah, the guiding text, affirmed our solidarity with refugees across the globe.   The meal was leavened by savory Indian delicacies, mashed up and sampled by the 8-month-old infant at the table. 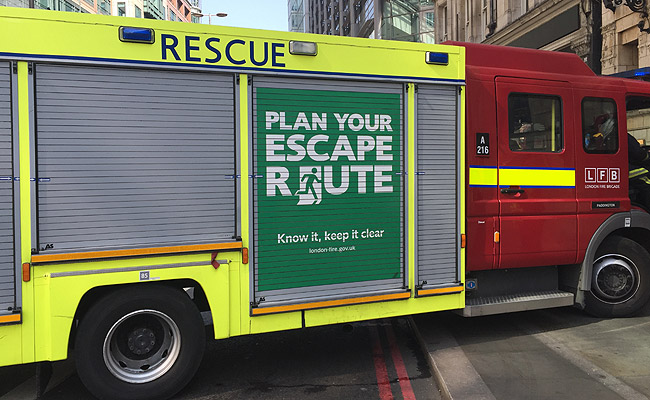 I loved this version of our annual spring rite: short and unorthodox—a much-needed gaze beyond the navels of our own tribe. But my mind wandered.  I was worried about young children, exiled from play.

On my last day in England, I took the tube over to Islington.  In decline by the mid-20th century, left to the ravages of urban poverty, this London district, home to the likes of Damien Lewis, star of “Billions,” has seen explosive gentrification in recent decades, marked by renovation of its Georgian and Victorian mansions.  Council estates, as the British call their public housing, giving them names that evoke leafy, aristocratic homes, are still part of the mix. Income inequality is deep.

“You’re either very poor or very rich,” Anita Grant, chief executive of the Islington Play Association, told me, as we headed for the adventure playgrounds where she spent her youth and which she now oversees.  One of them, called Hayward, which serves children with disabilities, had been airbrushed out of an architect’s rendering of the grounds of luxury apartments—posted on a billboard for all to see on Caledonian Road, a local thoroughfare that still reflects the neighborhood’s diverse cultural influences.

Adventure playgrounds look unkempt, a little wild.  They have high hills of dirt, plots of land gardened by children and families, rubber tires, stones, baskets, buckets, rope, and handmade wooden structures—the kind on which my son liked to test his mettle in the late 1980s, when Manhattan was rougher, less sanitized, and the threat of litigation was minimal.  No standard-issue, multi-colored plastic slides in his favorite place, and no thick rubber to pad a fall.

Loose parts are plentiful.  Carl Sorenson, a 20th-century Danish landscape architect, a leader in the first generation of modernists, had watched children at construction and bomb sites gathering all kinds of materials to “create and shape, dream and imagine”—all critical elements of rich, sustaining play.  He helped to design a “Junk Playground,” in Emdrup, near Copenhagen, which he called the ugliest, but most beautiful, of all his creations.

Yet these spaces that nurture children’s imagination, innate drive to explore, and ability to negotiate differences are becoming rarer, more difficult to sustain.  This is true even in the United Kingdom, which embraced adventure playgrounds in the aftermath of World War II, placing them under the auspices of local organizations in dense urban areas.  “Most boroughs in London don’t fund them,” Grant told me, “and there are not many throughout the country.”

Soon after I returned to New York, Bill de Blasio, who made universal preschool one of the cornerstones of his agenda to combat income inequality, announced that it was time to expand it to the city’s three-year-olds.

“Do I have to hold a candle for play?” Aixa Rodriguez asked me.  The co-founder of Bronx Educators United for Justice,  she teaches older kids, English Language Learners, in one of the poorest congressional districts in the country. A long way from the city’s newest adventure playground on Governor’s Island—“sort of a junkyard,” one reporter called it when it opened last spring.  But Rodriguez’s niece is three years old, and she’s worried about what awaits her in preschool.

There’s plenty of evidence to fuel her anxiety. Over the past two decades, play and its paraphernalia—blocks, water tables, easels, props for pretending—have been disappearing from early childhood classrooms across the United States.  In Crisis in the Kindergarten, published in 2009 by the Alliance for Childhood, Edward Miller and Joan Almon mourned this trend, highlighted by researchers from U.C.L.A, Long Island University, and the Sarah Lawrence Child Development Institute. They had studied 268 full-day kindergartens in Los Angeles and New York City.  In many of them, play time had been virtually eliminated.

In a 2016 study, Daphna Bassok, Scott Latham, and Ana Rorem, researchers at the University of Virginia, compared kindergarten classrooms between 1998 and 2010, a period of heightened accountability in which No Child Left Behind was enacted, more money was invested in early education, and the Common Core state standards were designed.  Academics, they confirmed, had trickled down to early childhood.  Kindergarten had become the new first—or even second—grade.

The use of textbooks and worksheets had substantially increased, as had standardized testing.  Child-initiated inquiry, how kids learn best, was pretty much gone, replaced by teacher-led instruction.  Curriculum focused on math and literacy skills had pushed out art, music, and science, depriving these young students of a broad, rich experience.

I was over the moon when de Blasio pioneered free preschool for four-year-olds.  New York’s children and families had been waiting since 1997, when Republican Governor George Pataki first enacted legislation.  The state’s movement toward universal access and adequate financing has been erratic, at best, and the mayor’s initiative was bold.  But with kindergarten as the new first or second grade, expectations for preschoolers have increased.  The pressure is on.

The tradeoff for early education’s legitimacy and funding has been painful. The kind of playfulness that we see in the smartest mammals has lost its pride of place. Our littlest children have been abandoned, left to wander in the desert.  We need to bring them to the oasis, before it’s too late.