(Huffington Post) As December loomed, Arne Duncan’s Race to the Top hit a snag. At a meeting of school superintendents, he took “white suburban moms” to task for rebelling against the Common Core academic standards, guidelines for math and language arts instruction. “All of a sudden, their child isn’t as brilliant as they thought they were,” he said. Suddenly “Duncan” and “outrage” became synonymous. Google flooded with entries. What was he thinking, messing with mothers? 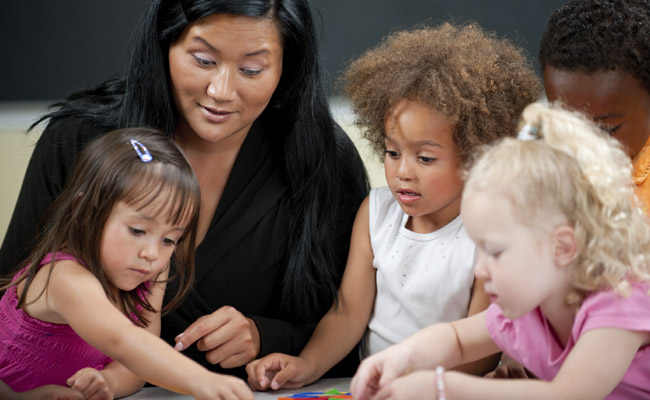 Duncan apologized for his phrasing — “a little clumsy,” he conceded, in a post under his byline at the Department of Education’s “Homeroom” blog, which appeared on the Monday following his faux pas. “Every parent wants the best for their children,” he wrote. “Every parent deserves accurate information about how their kids are doing in school. And every community can be doing more to challenge all its students and bring out their individual brilliance.”

Accurate information is one thing, but testing in overdrive is quite another; it is a lousy strategy for nurturing anyone’s brilliance.

The Secretary woefully underestimates parents’ intelligence and determination to do right by their kids. Besides, this “rebellion,” as he calls it, condescension dripping from each syllable, has been incubating for a while among a growing number of teachers and principals across the nation, whose careers and schools have been on the line, their practice and futures held hostage to the requirements of No Child Left Behind, and Duncan’s riff on the legislation, which spawned standards, assessments, and teacher evaluation systems based on student test scores. George W. Bush’s signature education policy, tragically flawed from the get-go, has morphed into a Frankenstein, narrowing curriculum, inspiring fear, trembling, and depression in the U.S. teaching corps, not to mention test anxiety among a growing — and ever younger — population of students.

Today, kindergarteners, their fine-motor skills still wobbly, are darkening the circles of multiple-choice tests. Time for blocks and play is diminished. First and second graders are prepping for exams, exploration and skill-building sidetracked. Assessment in early childhood is hardly a recent concern, notes Kyle Snow, Director of the Center for Applied Research at the National Association for the Education of Young Children, in a paper on kindergarten readiness and other large-scale assessment systems. He cites Samuel Meisels, former head of the Erikson Institute, a Chicago-based graduate school of education, whose vociferous criticism of standardized testing goes back decades. He’s the father of work-sampling, the early childhood equivalent of portfolio assessment — collections of essays, lab reports, research projects, and other student work, with nary a bubble in sight. Snow also warned of the “great need for additional research and development of assessments appropriate for young children.”

But the train has already left the station — sans Thomas the Tank Engine. As states have applied for Early Learning Challenge grants, as part of the Race to the Top initiative, assessments of children’s kindergarten readiness are par for the course. Teachers are also administering standardized tests in the early elementary grades — the better, some argue, to meet the demands of increased accountability.

In the early childhood community, which embraces “developmentally appropriate practice,” as an article of faith, assessment — of the high-stakes kind — has become the hot topic. And of all the ingredients of “DAP,” the field’s term of art for the kind of teaching that inspires a love of learning, creative play is the sine qua non. Play fosters social-emotional intelligence, hones regulation, or executive function, and nurtures collaboration, imagination, creativity and key attributes for academic success — not to mention productive careers and lives.

In September, at a PTA meeting, at the Castle Bridge School in New York City’s Washington Heights, a group of parents — not a white suburban mom among them—learned that their children would have to sit for a new series of standardized tests. They decided to opt out, joining a movement that has been gathering speed to defend the most cherished tenets of early childhood education. Don Lash, a child welfare attorney and the father of a first-grader, drafted a letter to state-level officials, to be circulated among the troops. The test, he wrote “is not intended to reveal any information that would be used to improve instruction to my child, but would be used solely to evaluate her teachers.”

The head of the PTA, Dao Tran, immediately swung into spin mode, expressing the frustrations of her peers to any and all who would listen. Early in December, as New York’s mayor-elect, Bill de Blasio, pondered the choice of a school chancellor (see video). Castle Bridge hosted a meeting, to which they invited the city’s 34 other K-2 schools. Citing vocal opposition to John King, New York’s education commissioner, their own school-wide boycott of the K-2 mandated tests, as well as the work of other critics of the current policies, the Castle Bridge “More than a Score” committee issued a call to action — in Spanish and English. “We might be small, but we’re punching above our weight!” said Emma Frank, the mother of a first-grader.

Julie Zuckerman, Castle Bridge’s founding principal, still accompanies the school’s children to the park to play. Her students swim weekly in a neighborhood pool, and homework in first grade remains optional. “He loves school,” Frank said of her son, a loquacious and inquisitive child, who drives her to distraction with his incessant questions. On Election Day, when school was closed, she conveyed the news. “Yay,” he said, at first, then quickly backtracked. “But I love school.”

Isn’t that the point? And isn’t that worth preserving? It’s time to turn the tables, and assess the damage of Race to the Top. If we delay, we risk turning out the light for another generation of students.