Early childhood professionals have long been a beleaguered species. For starters, they’ve had to battle the perception that they’re “just babysitting,” providing “day care.” Never mind the field’s heroic history, chronicled in Exchange magazine a few years ago by Roger Neugebauer and Debra Hartzell. 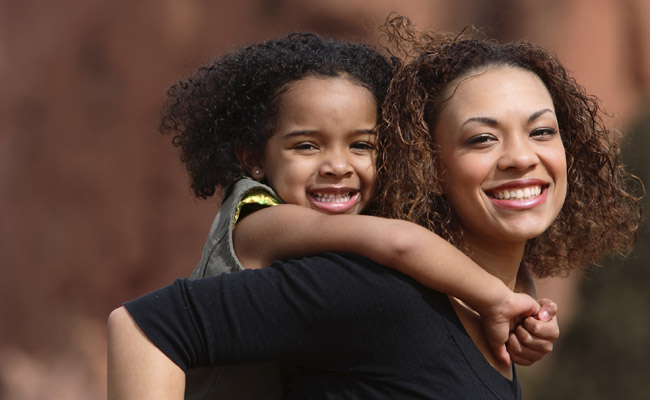 Heading the list was the Sheltering Arms Early Education and Family Centers, based in Atlanta and founded in 1888 by a group of women from the First United Methodist Church. They’d begun caring for children in an abandoned boxcar, after finding a little one tied to a bedpost for “safe keeping” while her mother worked long hours in a cotton mill.

In the foreword to The New Early Childhood Professional: A Step-by-Step Guide to Overcoming Goliath, by Valora Washington, Brenda Gadson, and Kathryn L. Amel, Neugebauer and his wife, Bonnie, hark back to the hundreds of leadership books by the “heroes of industry”—“successful bosses of Fortune 500 companies…” This book is exceptional, they write, moving beyond one person’s story of organizational know-how. From dozens of early education leaders, the authors have drafted “an inspiring, yet practical game plan” for vanquishing David’s powerful foe.

Inspirational, indeed. Not to mention generously sprinkled with the wisdom of cross-disciplinary masters: Pablo Picasso, Maya Angelou, Michael Jordan, Peter Senge, Booker T. Washington, Rosabeth Moss Kanter. Nor do the authors shirk from the theoretical underpinnings of a crusade against Goliath. Washington, et al., summon up Thomas Kuhn’s theory of change, highlighting people’s reluctance, even in the face of intense struggle, to abandon an ill-functioning paradigm. They cite the Hegelian dialectic, and the Tao Te Ching, a classic Chinese text, which characterizes change as “slow, congruous, and continual—almost imperceptible.”

How refreshing to find such nutritious intellectual fare, if well-digested, for the new heroes, the architects of change in the most important industry in our nation today. I’m not a big fan of how-to books, pandering as they do to the desire for quick and painless transformation. But this one has much to offer, and the authors know their audience well. They anticipate the struggle and the emotions that accompany it; they’re honest about the challenges of the landscape, and they speak to the hearts, minds, and psyches of the stewards of America’s human capital.

Asymmetrical conflict is the order of the day. In the second chapter, ADVANCE!—Plan and Prepare, the command is to recognize the symptoms of this phenomenon. But first, a definition, adapted for the purposes at hand:

Asymmetrical conflict is a term that typically describes a military situation in groups that have unequal power or capacity for action. We are adapting the term…to describe the relative inequalities and disadvantages faced by the early educator and…in the status of children in our society. The exercise of power over us is often experienced indirectly as well as through clear and imbalanced distributions of material resources.

We learn that Goliath used intimidation, projecting the illusion of invincibility, as well as tactical strategies to undermine his opponent. The early childhood field knows all too well what it’s like to be on the receiving end:

Many educators tell us that they feel blocked, impeded, or bullied when they attempt to put the child at the center. Speaking up about inappropriate instructional or testing practices feels risky in circumstances where the educator is required to implement a downward extension of traditional school into the early years…As weak actors we often worry that our work has become focused on turning out large numbers of “products”—namely, numbers showing evidence of measurable achievement.

For early educators of color, historically marginalized, the lift is heavy. A 2015 poll conducted by the National Association for the Education of Young Children found that teachers of color were more likely than their white peers to perceive a range of obstacles in pursuing their careers. The litany is long, and familiar: finding a job with adequate compensation and benefits; affording the cost and navigating the process of getting a college degree; and understanding the requirements for credentialing and certification. Add lack of training and mentoring, low compensation and herculean work schedules, and limited opportunities for climbing the ladder, and you’ve got a workforce under siege.

Washington, who founded the CAYL Institute (Community Advocates for Young Learners) in 2004, is particularly attuned to their needs. Her organization has provided the book’s choir of professionals, with “their dreams, hopes, and fears about change.” These leaders, who come from a wide range of auspices—from community-based child care to public schools—also offer tools for moving forward, strategies based on their experience in the field.

There’s Robert Walls, a recently retired principal in a low-income Ohio community, whom we meet early on, in a section called “Persistent and New Realities of Childhood.” Among them, poverty, the missing link in discussions of child development and achievement gaps. Walls tells the story of a conversation in the third week of school in his first year at the helm. A child had approached him to ask him for some food. “I am really hungry,” he said. When Walls took him to the cafeteria, other kids followed suit:

I sat down at the table and asked, “Don’t you guys eat over the weekend?” They said “No, we don’t have anything to eat.” If a kid is hungry, what’s he going to think about in class? If his mother has been arrested or someone he knows has died, what will he be thinking about? A hungry child or a child in distress cannot be expected to learn at a high level.

Marie Enochty, an early childhood consultant for the Boston Public Schools, makes an appearance in the book’s section on developing a shared professional identity. Among her most daunting realities were the unintended consequences of expanding public preschool for community-based programs:

Directors in private programs were laying blame on public schools for ‘stealing’ teachers with bachelor’s degrees because they make more money. Public school teachers retaliated by charging Head Start with not preparing their children for public schools. A blame game ensued, when the focus should have been on ‘what the kids need next.’

The field must also become less insular, ultimately expanding its reach to the growing number of educators in the United States across the spectrum who are disenchanted with the status quo and raising their voices in protest.  Such alliances will lend greater urgency to the process of making change.

The New Early Childhood Professional begins with a quote excerpted from Martin Luther King’s speech, in 1968, to Clergy and Laymen Concerned about Vietnam, providing the moral framework:

This last question, the authors argue, must guide early educators in an era that challenges the field’s wisdom at every turn, questions its practices, and rushes, precipitously, toward academic outcomes.

Move over, Malcolm Gladwell. Here are the protagonists missing from his own stories of David and Goliath.