(Huffington Post) On the eve of the Florida primary, as Newt Gingrich and Mitt Romney battled it out, the New York Times offered up “Years of Despair Add to Uncertainty in Florida Race.” Among the afflicted, leading the pack, was a preschool teacher. With her home in foreclosure, her accountant husband laid off, and two children to support, she has taken to hawking homemade chili, at $5 a jar, off the Interstate.

Something is really wrong with this picture. 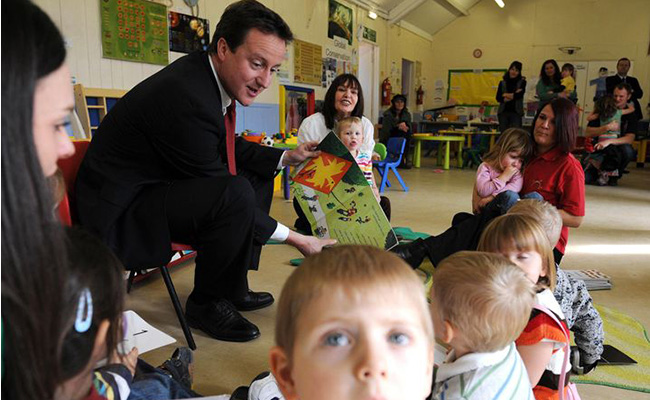 As election 2012 moves into high gear, a perfect storm is brewing, with a couple of potent trends in the mix. Economic inequality, driven home by Occupy Wall Street and the 99% v. 1% movement, and teacher-bashing, excoriated by Obama in his recent State of the Union address, are securely on the national radar screen. Teachers are on the defensive. They’re taking the hit for inadequate yearly progress and failing schools, caught in the winds of evaluation wars, and feeling the heat as their states vie for federal funding — tied to stringent requirements for accountability — through Race to the Top and its junior version, the Early Learning Challenge. A recent, much ballyhooed, study by Harvard’s Raj Chetty and John Friedman and Columbia’s Jonah E. Rockoff, has only upped the ante. Children taught by teachers with high “value added,” or those who had greater impact on their students’ test scores, they found, were more likely to attend college, earn higher salaries, live in more affluent neighborhoods, and save more for retirement.

Teachers add tremendous value to their students’ lives, although measurement based on test scores alone leaves way too much out of the equation. But teachers, themselves, remain tremendously undervalued. We’re a nation in which the mighty dollar is the coin of the realm, athletes boast multi-million-dollar contracts, and we pay lip service to the idea of prosperity for all our citizens. But our teachers are in the lowest ranks of the 99%. Yes, I know, it’s unseemly, even politically incorrect to focus on the money—it’s tantamount to buying into the corporate model of reform, and a “nobility” myth-buster, to boot. So I’ll leave the work to David Reber, a high school biology teacher from Lawrence, Kansas, who weighs in on K-12 at the Topeka Examiner, and whose piece “In what other profession…” has become somewhat of a cyberspace cult classic among educators, floating around since 2010:

In what other profession is the desire for competitive salary viewed as proof of callous indifference towards the job? You won’t hear many say “that lawyer charges a lot of money, she obviously doesn’t care about her clients”, or “that coach earns millions – clearly he doesn’t care about the team.” … And if teachers dare ask for a raise, this is taken by many as clear evidence that teachers don’t give a porcupine’s posterior about kids.

Nowhere is the value question hotter, however, than at the earlier end of the education spectrum. In 2010, the median annual wages for child care workers and preschool teachers — whose responsibilities are identical, and who lay the foundation for children’s school readiness and academic success — were respectively, $21,110 and $29,200. Out of the nearly 800 occupations annually surveyed by the Bureau of Labor Statistics, only a handful report lower average wages than child care workers, who make less than embalmers, animal trainers, and locker room attendants—and are still not included in the BLS category for education. (They’re exiled to “Personal Care and Service Occupations.”)

The voices of early childhood educators are beginning to rise in protest. Recently, Amber King, whose C.V. includes teacher, child care center director and early education trainer, sounded off in a Zero To Three Policy Network discussion, responding to a blog post I had recently penned on professionalism — and its shaky status — among early care and education (ECE) practitioners:

… In the world of education, ECE is at the bottom of the totem pole and even looked down on by other educators. When I went back to school to get my Master’s degree, I had countless people ask me why I needed a Master’s degree to work at a daycare center (I was the Director). I even had parents, who upon finding out, were shocked to know that meant I already had a B.S. ..

Considering the growing scrutiny on ECE programs…what often gets left out of the conversation is that a lot of ECE teachers make minimum wage, maybe a couple dollars over, if they’re lucky. When you’re struggling to pay the bills, the thought of being able to afford a college education can be extremely overwhelming.

We must do better than this.